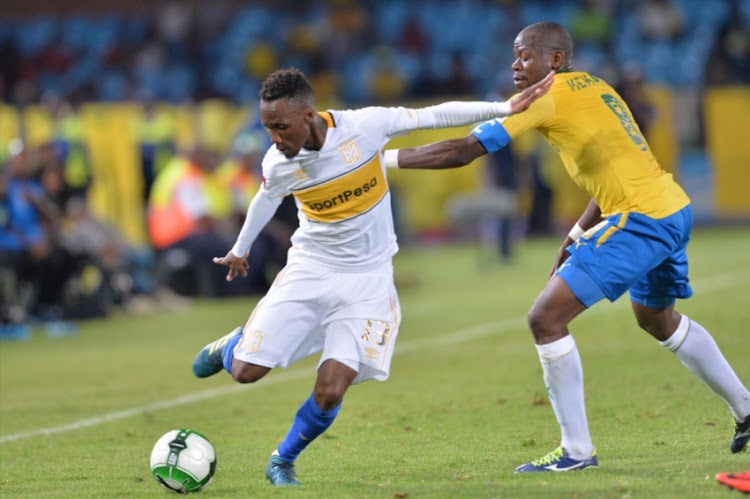 The top of the table Premier Soccer League clash between Cape Town City and Mamelodi Sundowns on Friday has been moved to the Athlone Stadium after rugby again trumped football at the stadium built for the 2010 World Cup.

The staging of the Cape Town Rugby 10s tournament means that City have to vacate the stadium again and host Sundowns on a pitch which was condemned by the league just a handful of months ago.

In December‚ the hosting of the World Rugby sevens tournament meant both Ajax Cape Town and City were forced out of the Cape Town Stadium and because the Athlone pitch was then deemed unplayable‚ had to host home matches outside of the province because there were no suitable alternative venues nearby.

Now the Athlone Stadium is again available after an inspection and has already been used for National First Division games since the Christmas and New Year break.

But it is unlikely to be as slick and to play as true as the Cape Town Stadium pitch‚ rated one of the best in the country‚ for the meeting between the leaders and their hosts‚ who are second in the PSL standings some four points behind them.

The turn around time between various events at the Cape Town Stadium is markedly slow as evidenced after last December’s rugby sevens‚ which needed a two week lead up time and several days afterwards to clear up.

But Wednesday’s league clash between Ajax Cape Town and Orlando Pirates is still going ahead at the venue.

Qarabag or Bucs for Billiat

The owners of the Mother City’s two top flight clubs have repeatedly moaned about being kicked out of the Cape Town Stadium when other events are booked.

In the past‚ they have been forced to move matches away from the stadium because of church services‚ music concerts and even a motocross display.

Both John Comitis and Ari Efstathiou feel that football should be the priority at a venue that was specially built for the 2010 World Cup.

For Sundowns the change to the Athlone Stadium means they will play on two successive Friday nights at the venue.

They will return to Cape Town on February 9 for their Nedbank Cup first round tie against Cape Town All Stars.