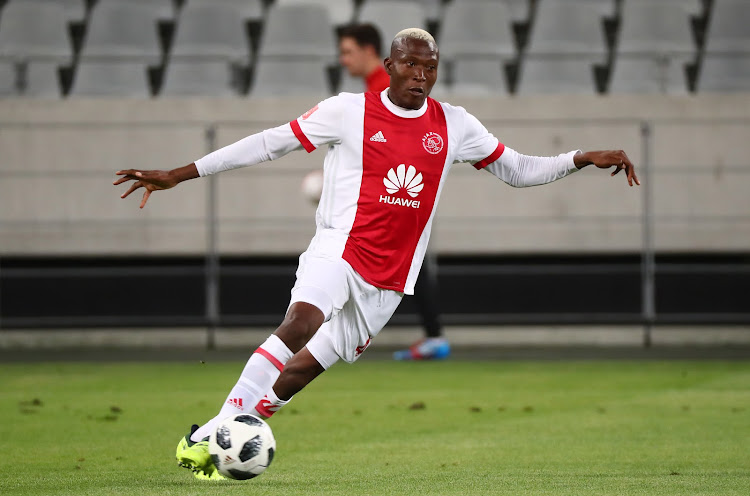 Ajax Cape Town are hoping to know before kick off on Wednesday whether they will be able to use Tendai Ndoro in their match against Orlando Pirates or indeed again this season.

The case against the club for using the Zimbabwean striker in two recent Premier Soccer League matches was to have been concluded in Johannesburg on Monday but postponed over to Tuesday and leaves Ajax’s preparations for the key league game at the Cape Town Stadium in midweek up in the air.

Ajax face losing points from their 3-1 win over Platinum Stars earlier in the month for fielding Ndoro‚ who should not have been signed because he has already played at two different clubs this season.

This is against FIFA rules‚ and there is the possibility that the R2.5-million that Ajax paid Saudi Arabian club Al Faisaly for his services may have been wasted in an embarrassing administrative botch up that the troubled Cape Town club can ill afford.

The PSL were examining the case and expected to determine whether Ndoro is eligible or not and whether Ajax face possible sanction or not.

Ajax had hoped for clarity by Monday night but this has now stretched over and just when a decision will come is far from clear.

“The rule is stupid‚” said Ajax coach Muhsin Ertugral‚ “but there is a possibility the interpretation might be different for each league and that we could use him.

"Let’s see what comes out of the case.

"I believe that he has the possibility to play.

"It’s a question of interpretation.”

Asked what he would do if Ndoro could not be featured against his old teammates‚ Ertugral said he would rather not think about that possibility.

His planning for the Pirates game‚ however‚ has been disrupted by the uncertainty.

Ndoro was left out of the squad for the 0-0 draw at home to Free State Stars last Friday night after the error was uncovered.

The Zimbabwe international played 19 minutes at Pirates at the start of the season before departing for Saudi Arabia‚ where he featured in a further five matches for Al Faisaly.

He then made his Ajax debut on January 12 against Stars‚ where he scored‚ and also featured in the 1-0 loss to Cape Town City that followed eight days after.

This was a flouting of FIFA rule 5.3 on player registrations that says: “Players may be registered with a maximum of three clubs during one season.

"During this period‚ the player is only eligible to play official matches for two clubs.

“As an exception to this rule‚ a player moving between two clubs belonging to associations with overlapping seasons (i.e. start of the season in summer/autumn as opposed to winter/spring) may be eligible to play in official matches for a third club during the relevant season‚ provided he has fully complied with his contractual obligations towards his previous clubs.”

But this last cause does not apply as the timing of the seasons in Saudi Arabia and South Africa are the same.