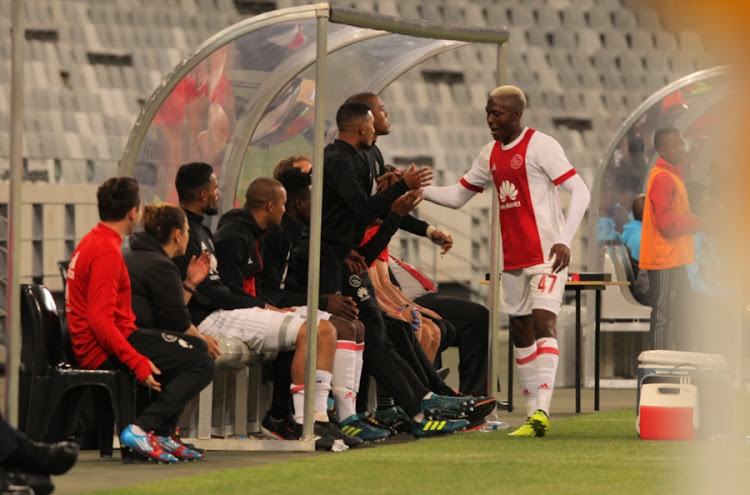 Striker Tendai Ndoro has been cleared by the Premier Soccer League to play for Ajax Cape Town in a major relief for the relegation-threatened outfit‚ who face the prospect of being docked points and tumbling to the bottom of the league standings.

The league decided that the Zimbabwe international could continue playing even though Ajax are his third club in a single season and this is against FIFA rules.

No explanation has yet been given by the league’s Dispute Resolution Chamber for their decision but it will breathe much confidence into the club who had been sitting on tenterhooks for days‚ expecting Ndoro to be ruled out of the rest of the season and to lose points from the game he played against Platinum Stars earlier in January.

Also‚ new signing Siyanda Zwane will be drafted straight into the starting line-up for Ajax when they face Orlando Pirates in another vital Absa Premiership encounter on Wednesday night‚ said coach Muhsin Ertugral.

The full back was signed on loan from Mamelodi Sundowns over the weekend and had his first training session in Cape Town at the start of the week but is ready to play‚ asserted the coach.

“He will play‚ I want him going up and down the field.

"He was a player I gave an opportunity to when I was at (Lamontville) Golden Arrows and I have always admired his work rate. He is tireless.

"He will give us a chance to try different approaches during the game‚ which is what I want to do - to mix and match a bit.”

Ertugral also said he would keep the inexperienced Yagan Sasman in defence‚ after drafting him into the starting line-up for the last game against Free State Stars.

Sasman‚ 21‚ is among several of the fringe squad players that Ertugral has given an opportunity to as he tries to find the right combinations for the team.

“I’m still not scared to play the youngsters.

"You cannot grow as a player when he is sitting in the stands.”

Ajax are second from bottom in the standings and have lost three of the five matches since Ertugral was drafted in for a fourth spell in charge to try and save the club from possible relegation.