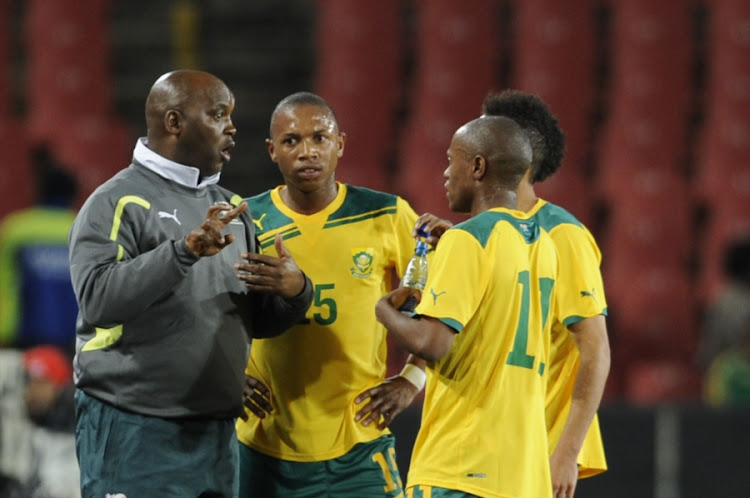 Talks are underway between Jali's representatives and Sundowns and the two parties are trashing out the finer details of a transfer that would give the Brazilians even more muscle than they already have.

The 27-year old Jali‚ who is interested in returning to South Africa after three seasons in Europe‚ is in the last six months of his contract with Belgian side club KV Oostende and he has a buy-out clause in the region of R6 million.

Sundowns‚ who have already spent big in this transfer window on defender Siyabonga Zulu and attackers Jeremy Brockie‚ Aubrey Ngoma and Gaston Sirino‚ are not prepared to pay R6 million for a midfielder who will be available for free at the end of the season.

The Brazilians are prepared to sign the midfielder on a pre-contract and then wait for his deal at Oostende to run out in six months time.

Over the past few months‚ Oostende have failed to convince Jali to sign a new contract.

The other reason Sundowns are not under pressure to get Jali during this transfer window is that the midfielder will not be eligible to play in the Caf Champions League‚ which starts with the preliminary rounds in February.

If Jali joins the Brazilians in the next transfer window‚ coach Pitso Mosimane will be able to register him for the later stages of the continental tournament in August where clubs are allowed to add more players to their roosters.

Jali has been a regular starter with a contribution of 20 Jupiler Pro League matches and four goals but Oostende have struggled at the wrong side of the log and they are sitting third from the bottom after 24 outings.

By acquiring Jali‚ Mosimane is preparing for life without ageing captain Hlompho Kekana who is going to find it difficult to cope with the demands of the Champions League and domestic programmes in the coming years.

Chelsea have signed Brazilian left back Emerson Palmieri from AS Roma on a four-and-a-half-year contract, the Premier League club said on Tuesday.
Sport
3 years ago

Striker Tendai Ndoro has been cleared by the Premier Soccer League to play for Ajax Cape Town in a major relief for the relegation-threatened outfit‚ ...
Sport
3 years ago

SuperSport United CEO Stan Matthews says the club’s new striking signing from Maritzburg United‚ Evans Rusike‚ “has all the makings of a great ...
Sport
3 years ago