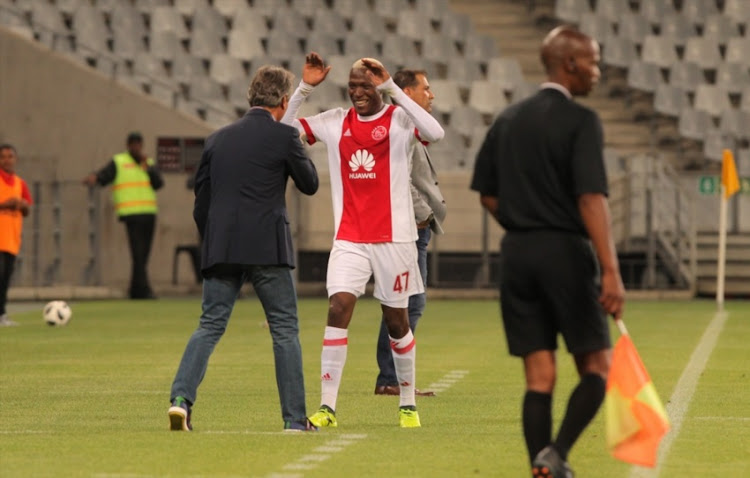 The Premier Soccer League (PSL) will appeal the decision by its own dispute resolution chamber (DRC) allowing Tendai Ndoro to turn out for Ajax Cape Town.

The DRC ruled on Wednesday in favour of Ajax and Ndoro‚ making the Zimbabwean eligible to play for the club.

However‚ the PSL is apparently unhappy with the decision by the DRC that appears to go against Fifa rules that a player can only play for one club in a season.

In a statement released on Wednesday afternoon the PSL stated: "The Premier Soccer League has noted the ruling of the PSL Dispute Resolution Chamber (DRC) on the matter involving Ajax Cape Town and Mr Tendai Ndoro.

"This morning‚ the PSL DRC issued a declaration order which cleared Mr Ndoro to play for Ajax Cape Town.

"The PSL respects the decision of the DRC but disagrees with it.

"Consequently‚ the League will be taking the decision on appeal."

Earlier on Wednesday Ajax had posted on their official Twitter page that the DRC decision had gone in the club’s favour.

“The Zimbabwe international has been declared eligible for selection.”

There had been a question mark hanging over the head of the signing of Ndoro by Ajax in late December over Fifa rules stating players cannot play for three clubs in a season.

In the 2017-18 season Ndoro played one game for Orlando Pirates in August before signing for Saudi club Al Faisaly.

He made his return to the PSL after signing for Ajax in December.

AmaZulu will have revenge on their minds‚ says Arrows coach Larsen

Golden Arrows coach Clinton Larsen is warning that he expects neighbours AmaZulu to have revenge on their minds when the two sides meet in the Durban ...
Sport
3 years ago

There was precious little activity at the Premier Soccer League offices in the early afternoon on the final day of the January transfer window.
Sport
3 years ago