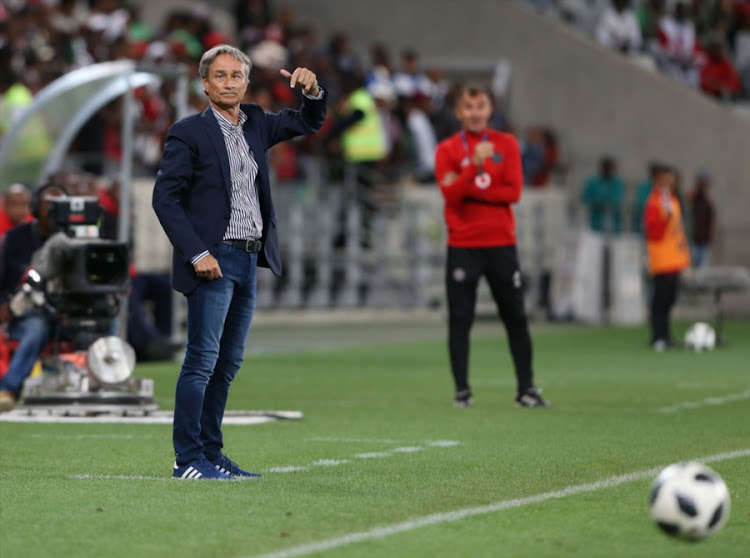 Ajax Cape Town want a speedy resolution to the Tendai Ndoro case to have uncertainty removed from around the club as they try to stave off relegation.

The club‚ sitting second from bottom in the league standings‚ say they hope the appeal process will be dealt with speedily after winning the initial right to field the Zimbabwean striker but then seeing the Premier Soccer League appeal the decision of its own Dispute Resolution Chamber.

Ndoro played again for Ajax in Wednesday’ thrilling 3-0 win over Orlando Pirates but under a protest from the visiting side in a move the Cape club's owner Ari Efstathiou described as gamesmanship.

He said Ndoro was entitled to play in the game while the appeal is still to be heard after being cleared to play earlier in the day.

He added that Pirates were making mischief before the kick off of the league game at the Cape Town Stadium.

Pirates official Floyd Mbele was in the tunnel around 40 minutes before kick off to lead the appeal process with referee Victor Hlungwani and match commissioner Morne Daniels.

“They wanted our captain (Musa Lebusa) to come off from his warm-up to countersign the document but I told them to wait‚ he was still on the pitch‚” said Efstathiou.

“They told me he had to sign before 7pm or the protest would not be valid.

"But when I challenged them to show me where that rule was written then it all went quiet. “They were just trying to destablise the side before kick off.

"I told everyone in my club just to calm down.”

The rules say that a player can be contracted by three different clubs in one season‚ but can only play for two.

But the ruling does seemingly have some room for interpretation and Ajax argued successfully in front of the DRC on Tuesday and were given permission to field Ndoro going forward.

The DRC decision was announced on Wednesday morning with the striker then immediately put back into the starting line-up by coach Muhsin Ertugral.

But some two hours before kick off‚ the PSL released a brief statement saying it was to appeal the decision.

“You have to question the timing of that.

"Why did it come out at that time‚ just before the game?” asked Efstathiou.

Ertugral‚ who had predicted on Monday that Ajax would win the case‚ repeated his assertion after Wednesday’s win that the rule could jeopardise players’ careers.

“If you have a player who plays in South Africa like Ndoro‚ then he goes overseas but doesn’t stay for whatever reason‚ I think the law allows him to come back to the original league and play.

"If not‚ it would be killing a lot of players‚” he asserted.