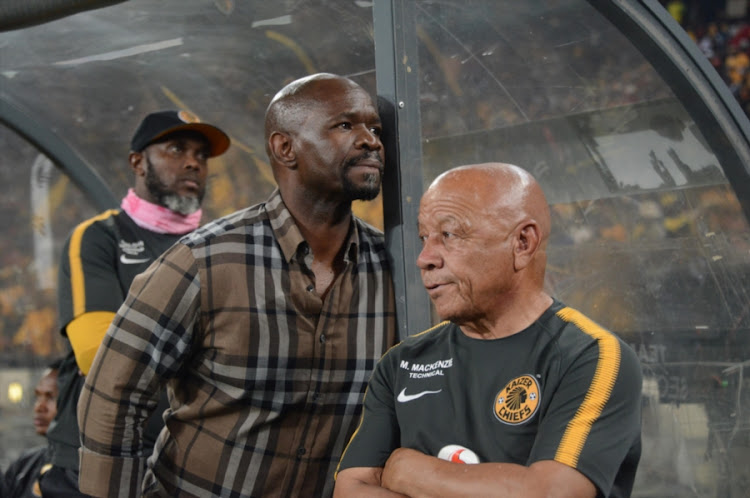 Ryan Moon gave Chiefs the lead in the first half but a Lehlohonolo Majoro header early in the second period was enough to earn the hosts a share of the spoils at a rain soaked BidVest Stadium.

Komphela abandoned his usually measured approach in post-match comments and delivered a scathing assessment of his rearguard.

"That they (Wits) will cross the ball is a given‚" said Komphela of Sifiso Hlanti's 54th minute cross on the left that was not dealt with by his defenders.

"Stop the cross and if you fail to stop it deal with it inside the box. And Major got a free header.

"We went to sleep and we didn't start the second half very well.

"Our second half was very poor because we started badly.

"I'm thinking either of the teams should have at least had a win here.

"Any match drawn at Chiefs is loss.

"We want to win almost all the matches.

"A draw at Chiefs is a loss. I feel worse.

"We lost three points. It's worse than even a loss."

Chiefs are now fourth on the premiership table and they are seven points behind leaders Mamelodi Sundowns.

Arsenal's new signing Pierre-Emerick Aubameyang has fired a warning to their Premier League rivals saying he has much more to offer after scoring on ...
Sport
4 years ago

Orlando Pirates are not the finished product, as displayed by a nervous last period of Saturday night’s 2-1 Absa Premiership victory against ...
Sport
4 years ago

A 1-1 stalemate between Bidvest Wits and Kaizer Chiefs did neither side’s cause any good as Chiefs slipped well behind Mamelodi Sundowns in the title ...
Sport
4 years ago

Mamelodi Sundowns coach Pitso Mosimane did not swear at or insult referee Victor Gomes in Friday night’s 1-0 win over Cape Town City and did not ...
Sport
4 years ago