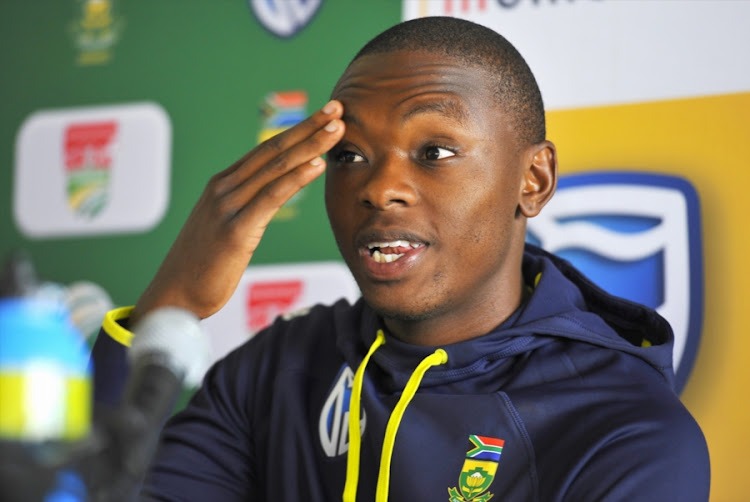 Kagiso Rabada has news for South Africans: “Failure is going to happen.”

He probably didn’t mean all India need to do to win the third one-day international at Newlands on Wednesday is turn up for the toss.

But you could see where Rabada was coming from.

India have won the first two games in the series increasingly convincingly‚ following a six-wicket drubbing at Kingsmead on Thursday with a nine-wicket thrashing in Centurion on Sunday.

If anyone thought Virat Kohli’s team would be dispirited after losing the test series‚ think again.

In fact‚ India have been playing the demonstrably better cricket from the third test at the Wanderers last month‚ when they overcame extreme conditions to win by 63 runs.

It’s as if someone flicked a switch: India on‚ South Africa off.

It is both part of South Africa’s problems and has added to them that the home side have suffered a slew of injuries. Wednesday’s game should the last of the three AB de Villiers is due to miss because a finger problem.

Another dodgy digit took Faf du Plessis out of the mix after the Kingsmead match‚ and for the rest of India’s tour.

Quinton de Kock has been removed from the equation for up to four weeks with a wrist issue.

Those are three of the biggest players anywhere in the game. For all of them to be excised from one team in the space of 10 days verges on cruel.

But Rabada wasn’t ready to jump off a ledge.

“Sometimes when you do badly it seems like there’s a lot more going wrong than what really is happening‚” he said.

“We need to go back‚ see where we’re going wrong‚ calm down and do our business on the field.”

Admirably‚ Rabada didn’t look for a place to hide when it was pointed out to him that the opposition have the right to play well‚ as India have.

“We clearly haven’t come to the party; it’s not acceptable at all‚” he said.

“They’ve beaten Australia [4-1 in September] and they reached the final of the Champions Trophy [in England in June‚ when they were beaten by Pakistan]‚ so they’ve had a good foundation for quite a while.

“It doesn’t help that we have been going through a few changes and not been in the best form since the Champions Trophy in one-day cricket.

“We are still trying to catch up at the moment. Hopefully it comes pretty soon.”

If that’s to happen in this series South Africa will have to find a way to come to terms with leg spinner Yuzvendra Chahal and left-arm wrist spinner Kuldeep Yadav.

Chahal and Yadav have claimed 13 wickets for 121 runs in the 34.2 overs they have bowled.

So the spinners have snapped up more than three-quarters of the wickets that have fallen to bowlers and conceded less than half the runs.

They have done so with wonderfully brave bowling‚ tossing it up in conditions that shouldn’t suit them. And they have played only 25 ODIs between them.

That must have been why anyone and everyone who fancies themselves a bit of a leggie seemed to be turning an arm over at South Africa’s training session on Tuesday‚ including head coach Ottis Gibson.

It was odd‚ then‚ that Imran Tahir missed the session‚ albeit that it was optional.

Not that Rabada seemed keen to look at things quite so closely‚ certainly not with a roomful of reporters around.

“When you’re losing it’s tough to find an answer‚” he said. “There’s so many answers that you can throw out there.

“You need to speak the right language in your mind‚ be really strong mentally‚ and all you can do is strive to perfect your skills on the pitch.

“The most important thing is for us to stay positive and try not to seek too many answers.

“When you’re winning you don’t ask yourself too many questions; it’s all great.”

But he had a firm answer when asked whether South Africa still had a chance to win the six-game series.

“Anything can happen in sport. We are definitely not out of it.”

He thought for a long‚ quiet moment in that unnerving way of his‚ and saw fit to say it again slowly.

South Africa stand-in captain Aiden Markram put on a brave face after the humiliating nine wickets defeat to India in the second ODI in Centurion on ...
Sport
4 years ago

South Africa were handed a heavy and embarrassing nine wickets defeat by India in the second ODI at SuperSport Park in Centurion on Sunday.
Sport
4 years ago

SA u19 coach not too bothered by a possible frosty reception

Having experienced a heatwave‚ a cyclone and snow in the last few days‚ a frosty reception is the least of SA u19 coach Lawrence Mahatlane’s concerns ...
Sport
4 years ago