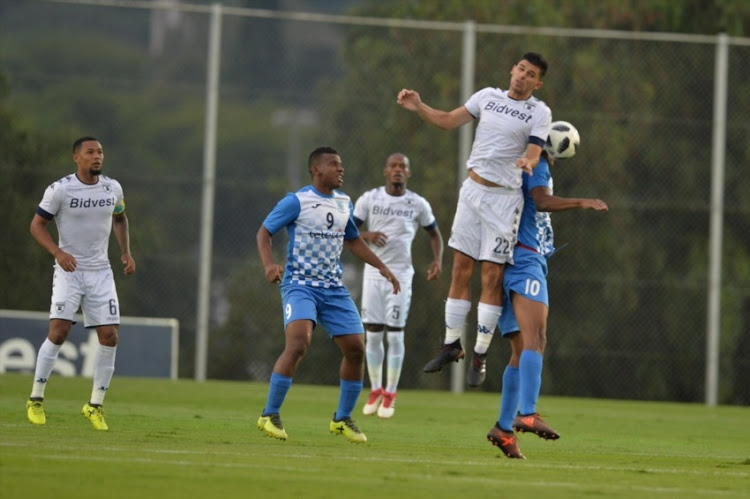 Two well-taken first half goals by winger Kobamelo Kodisang and striker Eleazar Rodgers were enough to see Bidvest Wits taking a healthy lead to the second leg of the CAF Champions League preliminary round.

Not even a heavy downpour that started midway through the first half could stop Wits from producing one of their better performances in a CAF club competition.

The match turned out to be a one sided affair as the visitors failed to trouble the home side in the entire 90 minutes in which they had no shots on goals.

On the other hand, Wits had plenty of chances to take an even bigger lead to the second leg that will be played on February 21 in Mauritius.

The Clever Boys should have been more clinical in the second half, in which Pamplemousses keeper Kevin Jean-Louis, produced many point-blank saves.

Wits coach Gavin Hunt opted to give his first team a break, only retaining defender Buhle Mkhwanazi in the team that played Kaizer Chiefs in a league tie here last Saturday.

Mkhwanazi was partnered by Phumlani Ntshangase at the centre of the defence and they had no problems in marking Pamplemousses strikers, Ratovonirina Branly and Jean Fabrini Razah, out of the game.

Trying to get more goals Hunt did bring on Lehlohonolo Majoro and Daylon Claasen in the second stanza but both players failed to inspire their team in getting more goals even after Pamplemousses were reduced to 10 men in the 88th minute after Jean Remy was shown a red card for a second bookable offence.

From the first whistle Wits pressed the islanders to their half and after numerous misses, Kodisang opened the scoring in the 24th minute, diving low to head in Thabang Monare cross after some good build up.

Wits second goal came through a great break that saw Vincent Pule feeding the ball to Rodgers who had to run from inside his own half all the way to the visitors 18 yard before beating Jean-Louis with a clever chip.

Hunt and his team have been accused before of being perennial pretenders in CAF competitions but there would be no questions about their commitment on Saturday night.

Last year the Clever Boys were beaten 2-1 by Saint-Louisienne of the Reunion Island in the first leg of their Champions League preliminary round match away from home.

They won 3-1 at home to qualify for the first round where they were unlucky to loose 1-0 to eventual runners-up Al Ahly of Egypt.

Hunt credited their participation in last year’s Champions League as having played a big part in them winning their first domestic league title.

Given their performance last night Wits should manage to go through to the next round where they will meet FC Platinum of Zimbabwe or Clube de Agosto of Angola in March.