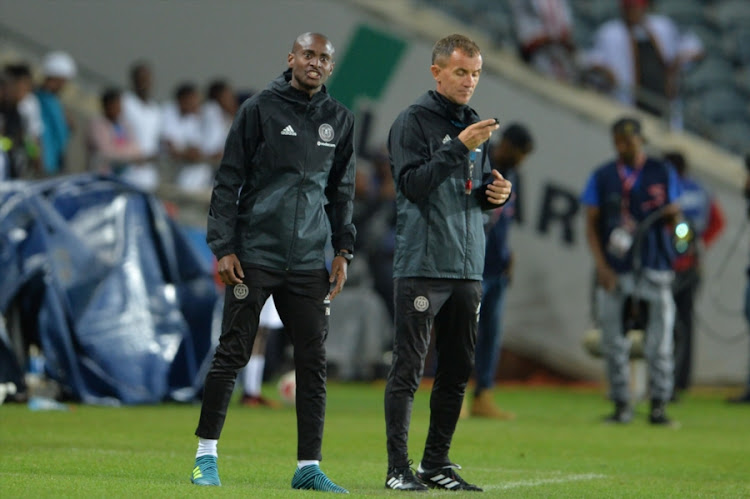 Orlando Pirates’ six changes for their 2-0 victory against Ajax Cape Town were a risk‚ admitted Bucs’ coach Milutin Sredojevic‚ but one that brought them not only a valuable Nedbank Cup win but also options going forward.

Sredojevic gave the definite sense of a coach who believes slowly his plan is coming together following Saturday night’s victory at Orlando Stadium‚ a fifth win from seven games for the Buccaneers.

The coach had some injuries (notably Abubaker Mobara)‚ doubts‚ and a suspension to Musa Nyatama going into the cup tie‚ but said among the six changes from his team’s 2-1 league win against Maritzburg United‚ some were not enforced.

“We have worked very hard with‚ in seven days‚ three competitive matches‚ going to Rustenburg (to beat Platinum Stars 2-0)‚ going to Cape Town (where Bucs were shocked 3-0 by Ajax)‚ then playing that game against Maritzburg‚ the hardest-running team in the league‚” Sredojevic said.

“We paid an expensive bill because some of the players have been out – Thabiso Kutumela sick‚ Nyatama suspended.

“The rest of the changes‚ like Siyabonga Mpontshane (in at goalkeeper for Jackson Mabokgwane)‚ were planned for the cup.

“It was a risk. A risk that paid us off in the end.

“It was not easy to play against a team that put 10 players behind the ball‚ looking for the counterattack.

“But we believed in our model‚ and that even the hardest stone‚ once you are insisting‚ you can crack.

“We looked for that throughpass‚ and it happened in the first half at the right time‚ opening them with a great football action (for Bernard Morrison’s opener).

“At half time we stabilised‚ with a player out‚ Diamond Thopola.

"We put the rest of the team in the right positions in order to close up defensively‚ so we could express ourselves from the point of view of football and kill the game‚ literally scoring within minutes of the second half.

“This also from a wonderful football action with the throughpass by Lorch to Morrison‚ and him finishing in a cool way.

“In cup matches it’s important only to pass through‚ even if it’s by half-zero. This was one good benefit from the match.

“The second was that we risked so much with six changes. Whenever in football you make more than three changes‚ you lose the complexion of the continuity of the team.

“So we have risked‚ and benefitted.

"Benefitted from the point of view that we have widened the pool of players‚ having now two players fighting per position‚ and no comfort zone to relax.

“This will lift the quality of the performance and of the results that we are looking forward to.”

Pirates are in second place in the league on 33 points‚ five points behind leaders Mamelodi Sundowns with 10 games remaining.

Golden Arrows coach Clinton Larsen says Kaizer Chiefs have the inspirational Itumeleng Khune to thank after the KwaZulu-Natal visitors could not find ...
Sport
3 years ago

Kaizer Chiefs and Bafana Bafana goalkeeper Itumeleng Khune played with an upset stomach when he took to the field to face Golden Arrows in a Nedbank ...
Sport
3 years ago