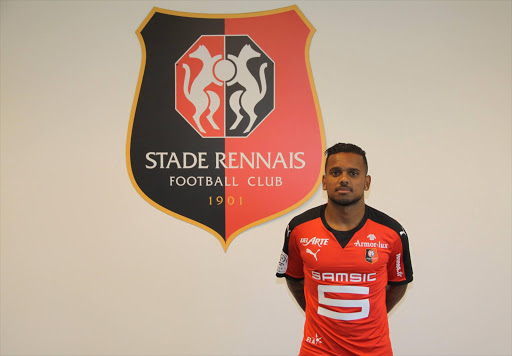 Kermit Erasmus has to narrow options over his next move unless he wants to sit on the sidelines until next season.

Erasmus terminated his contract with French side Stade Rennes last week‚ after the January transfer window had shut‚ and that means he cannot sign for a team that operates with the same window dates as France.

It rules out most of Europe and South Africa until the next transfer window opens on July 1‚ but he does still have some options open to him.

Sweden and Norway are two countries whose windows are still open‚ as well as China.

The window in the United States opens on Wednesday‚ while clubs in Russia are able to sign players until the end of this month.

Ordinarily free agents can sign for clubs outside of the window‚ but only if their previous agreements either expired or were terminated during the last window.

This is to stop clubs making arrangements among themselves to simply terminate deals with players so they can move to another team.

Erasmus is unlikely to sit on the sidelines without a salary for the next five months and so could well have terminated his deal with another move in the offing.

But the fact that he cannot sign for a South African club until July puts an end to media reports that Mamelodi Sundowns were interested in his services – for now at least.

Manchester City playmaker Kevin De Bruyne will be a serious Ballon d'Or contender if he wins major titles with the Premier League club, according to ...
Sport
3 years ago

Orlando Pirates’ six changes for their 2-0 victory against Ajax Cape Town were a risk‚ admitted Bucs’ coach Milutin Sredojevic‚ but one that brought ...
Sport
3 years ago

Bernard Morrison has said‚ somewhat provocatively‚ that the celebration of his second goal against Ajax Cape Town on Saturday night – he and ...
Sport
3 years ago

Golden Arrows coach Clinton Larsen says Kaizer Chiefs have the inspirational Itumeleng Khune to thank after the KwaZulu-Natal visitors could not find ...
Sport
3 years ago