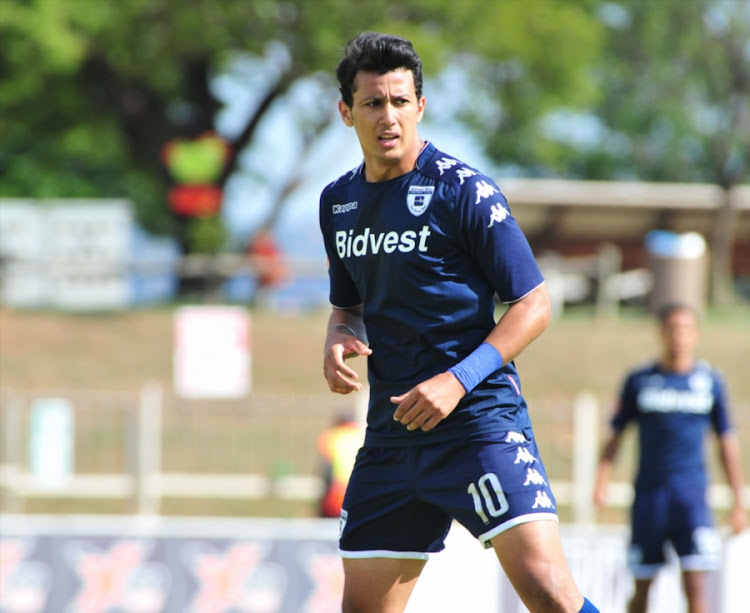 Egyptian striker Amr Gamal could leave Bidvest Wits before the end of his one-year loan after struggling for game time this year.

Gamal made one substitute appearance in a league game against Free State Stars on January 5 and Wits have since played five more league matches‚ one Nedbank Cup and a CAF Champions League preliminary round tie at the weekend‚ without the striker featuring even on the substitutes bench.

Gamal is racing against time to be ready to fight for a place in the Egypt team that will play in the Fifa World Cup in Russia in June‚ where he’s hoping to partner with Liverpool striker Mohamed Salah.

Wits coach Gavin Hunt revealed after the CAF match that they were prepared to let the player‚ who was loaned from Egyptian giants Al Ahly‚ go during the January window as he struggled to adapt in the PSL.

“I’ve chatted to him (Gamal)‚ obviously he wanted to leave in the window as he thought he wasn’t fitting in.

"I said okay and the club agreed and then nothing came of it‚” said Hunt.

“Then I said alright the window is closed you need to shape up‚ you know.

"I said to him ‘you’re good enough‚ that’s why we signed you’ but it’s a mentality shift.

"Everything is different here and it takes time.

“I think maybe he’s given up too early‚ he needs to knuckle down because he’s a good enough player to get back in our squad.

"He needs to prove he wants to play and wants to train then he will be in the team.”

With Gamal trying to get into Egypt’s World Cup team‚ Hunt said he had to give him assurances that his continued absence is not out of spite.

“I said to him we are not spiting anybody.

"I said to him if I was the Egypt coach I won’t pick him because he’s not playing.

“He’s got four months left here and with all the games we got coming we can use him.

"Of course we can‚ he’s a good player. But with good players we need the mentality to be right.”

Gamal might still leave Wits before June as there are reports linking him with Finland league champions HJK Helsinki‚ who have their league’s transfer window closing on April 10.

The 26 year-old Gamal has scored two league and three Telkom Knockout goals for Wits this season.

A relaxed-looking Antonio Conte strode round the Stamford Bridge pitch on Monday shaking hands and congratulated his Chelsea players on their 3-0 ...
Sport
4 years ago

Mamelodi Sundowns have sent condolences to the family of star midfielder Percy Tau after he lost his elder brother Mogau Tshehla of Polokwane City in ...
Sport
4 years ago