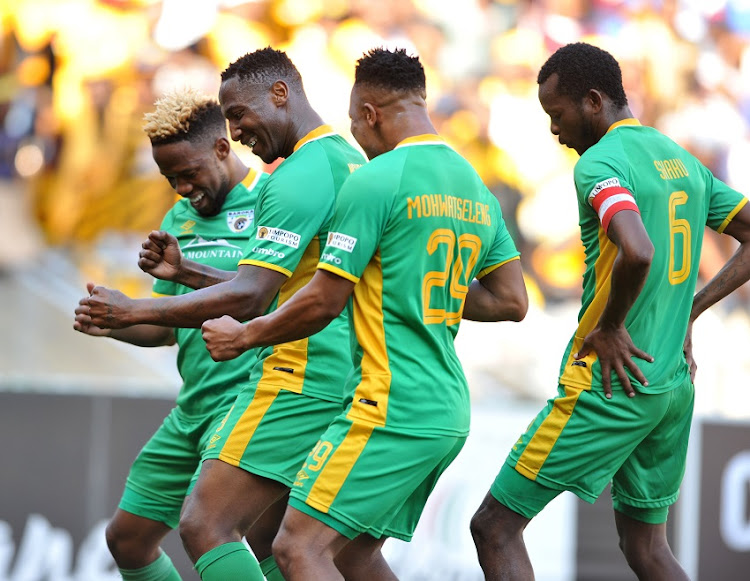 The goal for Baroka, who played the last fifteen minutes with a man down after midfielder Goodman Mosele was sent for an early shower, was scored by their evergreen attacker Gift Motupa from the penalty spot in the 70th minute.

The first half was largely dull as it failed to live up to expectations and it was no surprise that they went to the break without goals that could have given the small crowd something to cheer about on a Valentines night.

In one of the notable chances of the opening half, Baroka goalkeeper Ayanda Dlamini produced a diving save to parry a long range shot by Stars attacker Gerald Phiri for safety after the hosts found their way into the visitors danger area.

Attackers Motupa and Lucky Nguzana also had their few moments on the attack for Baroka but they could not the find their way past Stars goalkeeper Mbongeni Mzimela who did not have much to do on the night.

The goal finally came when Motupa beat Mzimela, who dived the right way, from the spot after Stars defender Sibusiso Mthethwa was adjudged to have hacked Botswana international attacker Mpho Kgaswane in the box.

Motupa, who has already scored eight goals in the league so far this season, showed nerves of steel to beat Mzimela and gave the visitors the lead which they held on to for the remainder of the proceedings.

Five minutes after Motupa’s opener, Baroka suffered a blow as midfelder Mosele was shown a needless second yellow card for time wasting to force the visitors to play the remaining 15 minutes of the match with a numerical disadvantage.