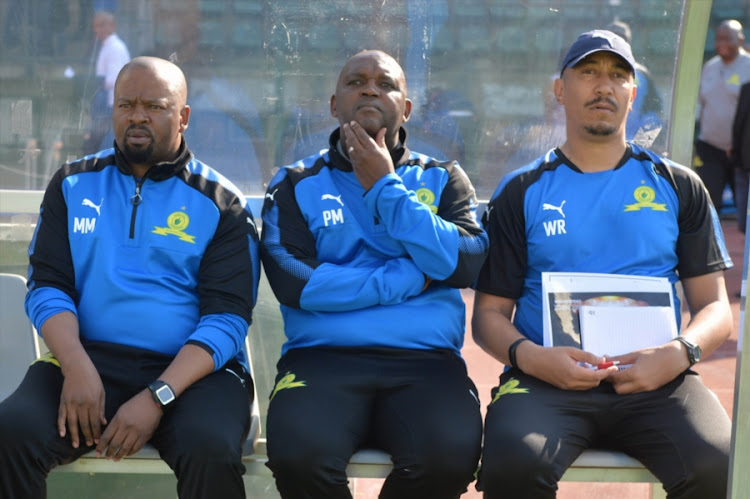 Manqoba Mngqithi has offered an interesting insight into the appetite for study and homework of the coaches at Mamelodi Sundowns as he hopes for unknown opposition in the next round of the Nedbank Cup.

Thursday’s Nedbank Cup draw will decide who Sundowns play next in their quest for this season’s league and cup double and if Mngqithi‚ the assistant to head coach Pitso Mosimane‚ has his way it will be an unknown package so that the Brazilians' coaching staff get a cerebral challenge.

Sundowns did extensive homework on first round opponents Cape Town All Stars‚ ahead of last Friday’s 1-0 win at the Athlone Stadium‚ but Mngqithi admitted afterwards they were a little taken aback by the changed approach of their National First Division opponents despite all the study.

It was the first meeting between the clubs.

It prompted the question whether Sundowns would rather prefer to have a known quantity‚ like one of their fellow Premier Soccer League teams‚ in the next round?

“I think it’s always nicer when you have to dig deeper‚” replied Mngqithi‚ revealing a preference to play one of the teams from outside the top-flight in next month’s second round.

“Personally I would always prefer to play against the unknown teams because I always want to know more players in and around the country.

"It is my responsibility as a coach to always see some players that I think can make an impact.

"Maybe not at Sundowns but in the PSL.

"And then to keep track of such players going forward into the future‚” the Sundowns’ assistant coach added.

Egyptian striker Amr Gamal could leave Bidvest Wits before the end of his one-year loan after struggling for game time this year.
Sport
4 years ago