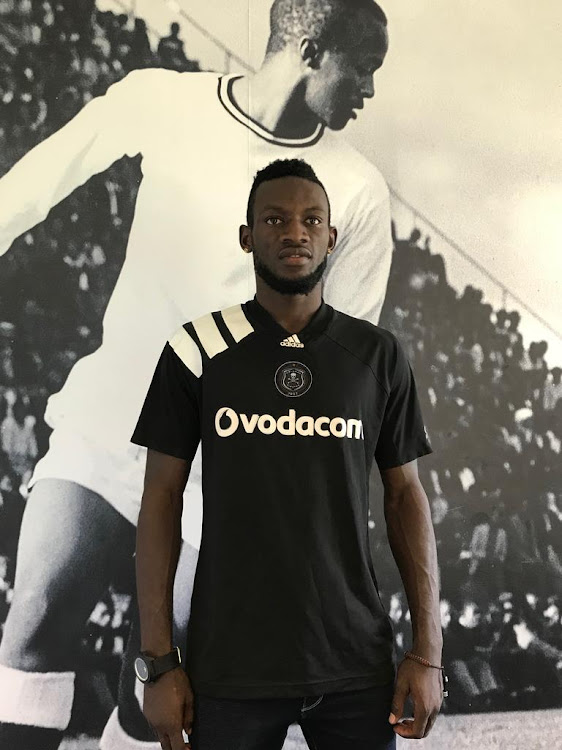 Augustine Mulenga is in line for his Orlando Pirates debut after training extensively with his new teammates and also receiving his work permit‚ official said on Wednesday.

The 28-year-old attacking midfielder was signed by Pirates during the January transfer window but did not immediately arrive at the club as he was competing for Zambia at the African Nations Championship in Morocco.

Coach Milutin Sredojevich was sceptical about his fitness ahead of last weekend’s Nedbank Cup win over Ajax Cape Town and did not include him in the match-day squad.

But with a fortnight’s break before their next match‚ Mulenga could debut when Pirates take on Chippa United in Port Elizabeth on Sunday‚ February 25.

Mulenga‚ who was named Zambia’s Player of the Year in 2017‚ has been brought in to help solve Pirates’ poor return in front of goal.

The club might lie second in the Premier Soccer League standings but have scored only 22 times in 21 league games.

Mulenga‚ who had the nickname ‘Diego’ in his home country‚ has a three-year deal with the Buccaneers after they paid some R4 million to sign him from Zanaco FC.

He scored three goals at the CHAN-2018 finals in Morocco and last year he featured regularly for Zambia in the 2018 World Cup qualifiers.

Pirates coach Sredojevic explains why Norodien and Gcaba were loaned out

Ayanda Gcaba and Riyaad Norodien were both loaned to Platinum Stars so they could get game time and come back to Orlando Pirates stronger‚ Buccaneers ...
Sport
4 years ago

Orlando Pirates’ six changes for their 2-0 victory against Ajax Cape Town were a risk‚ admitted Bucs’ coach Milutin Sredojevic‚ but one that brought ...
Sport
4 years ago

Bernard Morrison has said‚ somewhat provocatively‚ that the celebration of his second goal against Ajax Cape Town on Saturday night – he and ...
Sport
4 years ago