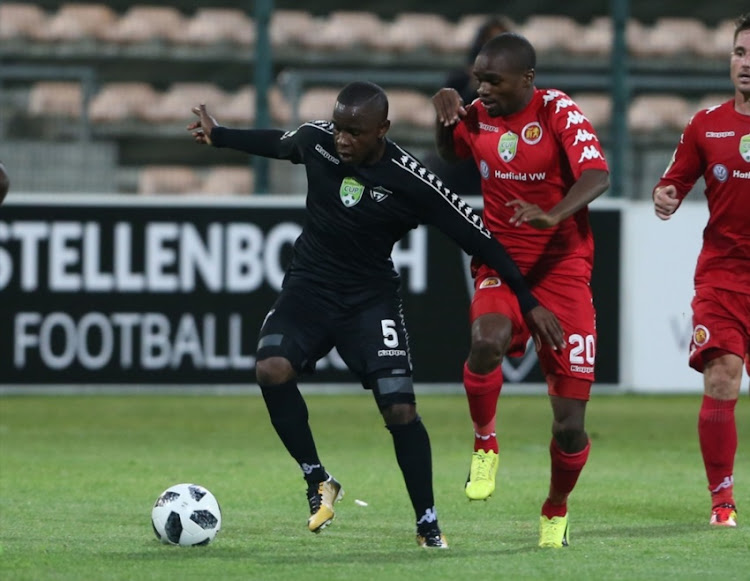 Iqraam Rayners scored early to hand Stellenbosch a narrow 1-0 win over Highlands Park in the first round of the Nedbank Cup at the Athlone Stadium and bring to an end the 16-match unbeaten run of the National First Division leaders.

Rayners scored after 13 minutes, running onto the end of a pass over the top of a static visiting defence and showing composure to take on the goalkeeper and finish the job from close range.

Rayners also had a chance on the hour mark to double the score, using his pace to glide into the area but his effort from just metres out was partially saved by Marlon Heugh and cannoned back off the crossbar.

Highlands, who had not lost under Owen da Gama since he took over in September, rested several key players as they look to prioritise their promotion campaign despite enjoying a comfortable eight point lead at the helm of the National First Division, where Stellenbosch are still in the promotion run in fifth place.

But even with a much changed line-up Highlands had their chances on a windy night with Charlton Mashumba forcing a good save out of fellow Zimbabwean Washington Arubi not long after the goal and then having several other half chances.

But Mashumba should have taken the game into extra time with a free kick opportunity on the edge of the Stellenbosch area but blasted wide.

Stellenbosch are one of four Western Cape sides – and four from the NFD - who go into the second round draw on Thursday.