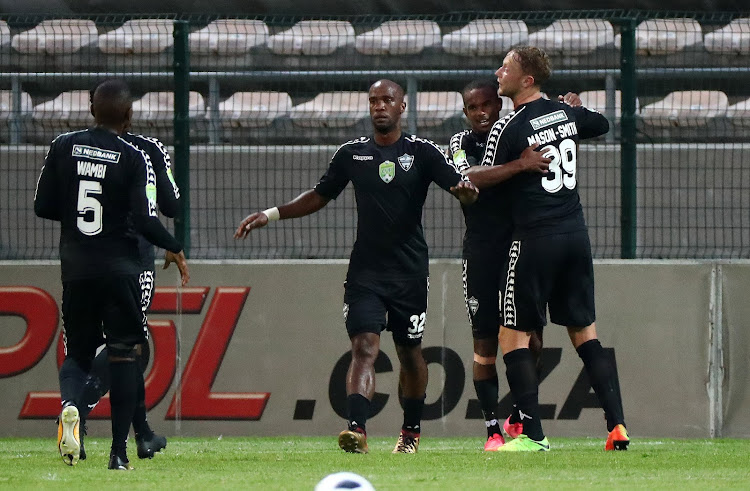 Stellenbosch FC have mixed feelings about Thursday’s Nedbank Cup draw as they wait to see who they meet in the second round but coach Steve Barker‚ like all his counterparts‚ is desperately hoping for a home draw when the pairings are decided in a live TV broadcast on Thursday night.

“At the end of the day‚ you really can’t choose. One doesn’t know what a favourable draw would be for us‚" he said.

“If we draw a big team it would be a nice encounter for the lads but if we draw maybe a smaller team it gives you another opportunity to advance."

Barker’s side are also still in the battle for promotion from the National First Division but the Stellenbosch boss said he had no fears of a potential cup run taking away focus from the push for a place in the top-flight next season.

"That’s what we are in the game for.

“Every single game we play I think we have to go out to win the game but you have to also be strategic in your thinking.

“We’ve just got to take it one game at a time and I felt it was important for us to keep our momentum going.”

Iqraam Rayners scored early to hand Stellenbosch a narrow 1-0 win over Highlands Park in Wednesday’s first round tie at the Athlone Stadium.

“It was a really tough game.

"Highlands Park showed why they are the team at the top of the log (in the NFD) making 10-11 changes to the team that normally plays and they were still very competitive.

“We got an early goal and then they played really route one football in the first half in the wind and put us under a lot of pressure and even in the second half we weren’t really able to get our foot on the ball.

"We just really defended the lead. But we showed commitment and the attitude of my players was first class‚ the way they fought out there.

"If we continue to show that sort of commitment it bodes well for the last 10 games of the league‚” added Barker.

Iqraam Rayners scored early to hand Stellenbosch a narrow 1-0 win over Highlands Park in the first round of the Nedbank Cup at the Athlone Stadium ...
Sport
4 years ago

Willard Katsande underwent surgery to his face on Tuesday but could still make a miraculous recovery to be available on Saturday as Kaizer Chiefs ...
Sport
4 years ago

Augustine Mulenga is in line for his Orlando Pirates debut after training extensively with his new teammates and also receiving his work permit‚ ...
Sport
4 years ago

Manqoba Mngqithi has offered an interesting insight into the appetite for study and homework of the coaches at Mamelodi Sundowns as he hopes for ...
Sport
4 years ago