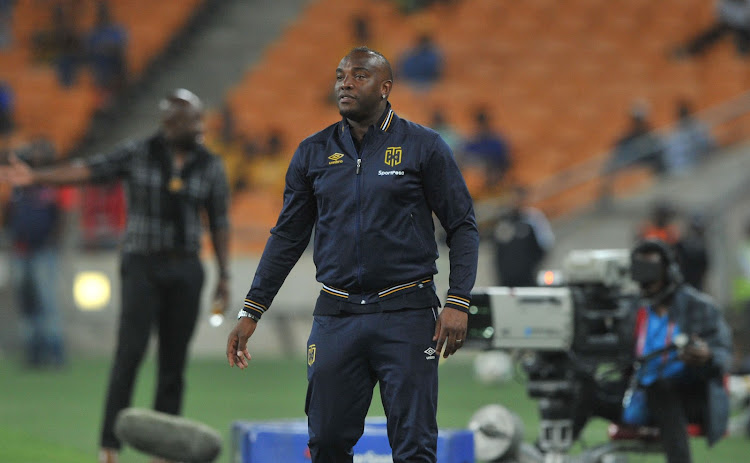 Benni McCarthy did not exactly blast his own players after the game but left little doubt that he thought Cape Town City were always second best in their Premier Soccer League loss to Kaizer Chiefs at Soccer City on Saturday night.

The rookie coach can sometimes be a little harsh on his charges‚ caught up in the emotive disappointment of defeat‚ but he summed it up perfectly after the 1-0 setback when he said: “We let the occasion beat us.

"Too many players didn’t show up.”

A second successive defeat in the league against one of their title rivals leaves City seven points adrift of top place‚ and having played one more match than league leaders Mamelodi Sundowns.

Effectively‚ any title hopes they might have had look blown.

“I’m disappointed in my team.

"We planned everything and went in with a decent approach but we let them (Chiefs) off the hook really.”

This was particularly true in the second half when Chiefs too quickly abandoned an expansive approach‚ ceding the upper hand and looking to retreat in a defensive mode to try and manage the outcome of the game after Ryan Moon had given them a 47th minute lead.

City had plenty of possession in the second half and pushed forward‚ both down the left and through the middle‚ with relative ease.

“We could have equalised which‚ to be honest‚ we wouldn’t have deserved.”

Substitute striker Sibusiso Masina had an effort cleared off the line but Chiefs were probably more dangerous on the counter in the final quarter-hour.

“We were second all day long‚” added McCarthy‚ in his maiden season and now turning his attention to the African Confederation Cup where City host Young Buffaloes of Swaziland on Tuesday night in the second leg of their first round tie.

“That is probably the competition in which we have the best chance of winning.

"We would like to win them all‚ and the league is not over‚ but we have a tough Nedbank Cup draw against Orlando Pirates also.”

Chiefs down Cape Town City to move second on the log

Title hopes remained alive for Kaizer Chiefs as they edged Cape Town City 1-0 at Soccer City on Saturday night and moved into the second place in the ...
Sport
4 years ago

Kaizer Chiefs’ players are aware of coach Steve Komphela’s precarious situation‚ and want to fight for the coach to win silverware so he can stay at ...
Sport
4 years ago

Heading into the final third of the Absa Premiership season‚ current form will be crucial in deciding who will be crowned championships come May.
Sport
4 years ago

Ryan Moon takes a lot of advice on the fine art of the technique and positioning of a striker from veteran teammate Bernard Parker‚ Kaizer Chiefs’ ...
Sport
4 years ago