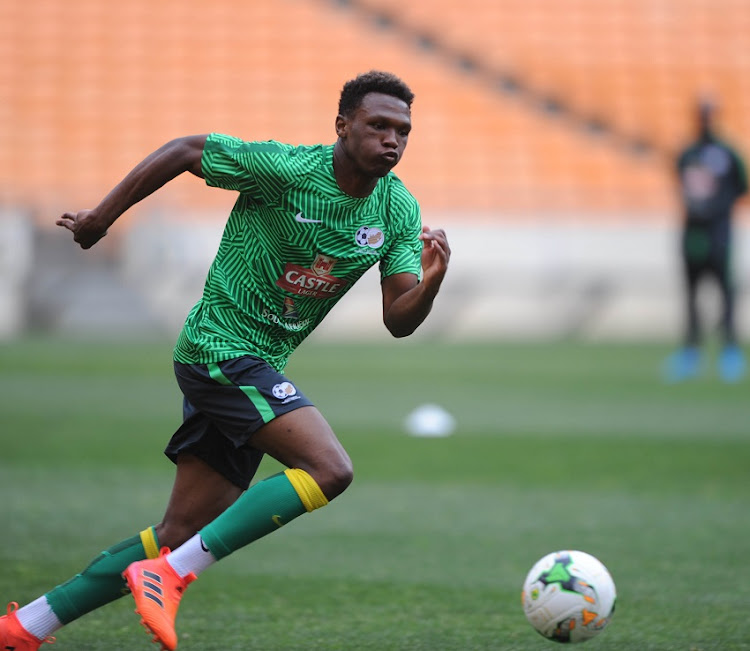 South African striker Lebo Mothiba says he has the opportunity of his life at French club Lille after a transfer ban on the Ligue 1 outfit saw him move in last month's transfer window.

The 22-year-old has already grabbed a goal for his club in the top-flight of French football as Lille look to him to help save their status after they brought him back from a loan spell in the second division.

"It was tough to leave Valenciennes because they gave me a chance‚" he said.

"But I'm back at the club that first signed me when I arrived from South Africa at the age of 18.

"I wanted to explain to my Valenciennes friends why I left but they understand that it was the best for my future.

"It was better to go back to Lille.

"It is the opportunity of my life‚ to be able to play in Ligue 1 at a big club like Lille."

Lille were handed a ban on transfer activity by the French league in December following a hearing before that country's football financial watchdog.

It mean they could not participate in the January transfer window and add much-needed personnel to their squad.

The club were only able to bring Mothiba back from his loan spell in Ligue 2 at Valenciennes and put him straight into the first team.

"Ligue 1 is much more dynamic‚ much more difficult when you have the ball and to get your positioning right.

"The game is a lot quicker than the second division and more technical.

"The players run harder and are more aggressive. They are very fit."

The 22-year-old scored eight goals in 20 league outings in the first half of the season in the lower league and then made an immediate impact on his Ligue 1 debut.

He notched a goal away against Nantes‚ the club coached by Claudio Ranieri‚ as Lille got a valuable away point.

On Sunday‚ he played the full 90 minutes in a 2-2 draw with high flying Lyon.

"I've worked a lot to prepare for the games.

"I wanted to give everything I could. When I scored‚ it was unbelievable. I was so happy."