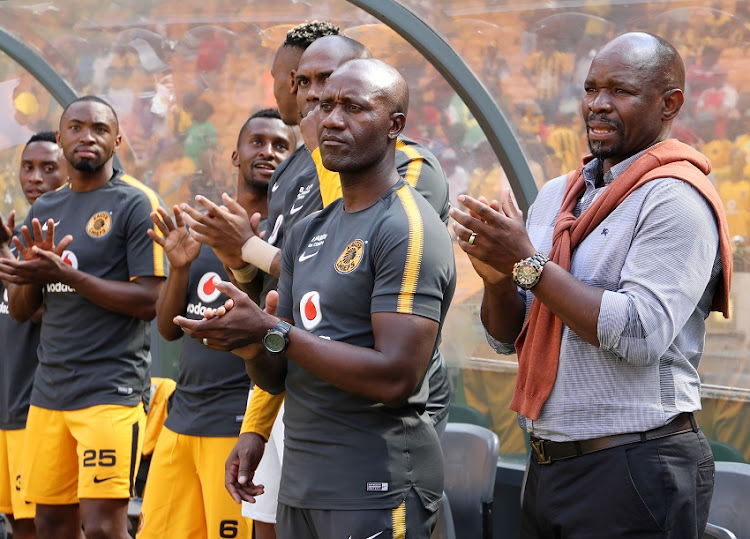 Having gone on an eight-match unbeaten league run‚ Kaizer Chiefs' improvement has not gone unnoticed and their fans are now showing belief that Steve Komphela’s reign might finally produce some sort of silverware‚ even at its twilight.

Chiefs’ 1-0 win over Cape Town City at the weekend was their fifth in those eight matches.

As the team prepares to host Bloemfontein Celtic at FNB Stadium on Saturday‚ Komphela urged supporters to up their tempo as they push for the league title the club last won in the 2014/2015 season before his arrival.

“It gives confidence to the players‚ yes.

"When players don’t do well‚ do we need supporters. That we are not doing well and they still disgruntled‚ doesn’t help the players.

“We are delighted that players are doing well‚ the supporters are enjoying it.

"I hope and wish we could consolidate this and create a culture not only for Kaizer Chiefs but the culture in South Africa where you support your team through thick and thin.”

The Amakhosi faithful were in full voices during the league match against City after Chiefs moved to second on the table and closed the gap between them and Sundowns to four points.

Komphela is so sensitive to the supporters' feelings and their reaction when the chips are down that towards the end of last year he was quoted as saying Chiefs players’ confidence was being eroded by the abuse they suffered on social media.

“At the end of the game the player goes out and checks (what is being said about him). If he missed chances‚ they say he is a cow‚ he is this and that‚” said Komphela after their 1-0 defeat to Chippa United in early December.

Ironically it was after this defeat that Amakhosi began their unbeaten run and Komphela now only has praise for the team’s faithful for backing his team.

“So at all times we would like to have gold and black fully packed‚ irrespective of the position because we need them.”

In Celtic Chiefs will be facing a team low on confidence and desperate for points to move into the top eight after a poor run of five matches in which they lost three and drew two.

Phunya Sele Sele’s last win was in their first match this year when they beat Golden Arrows 2-1 in Free State.