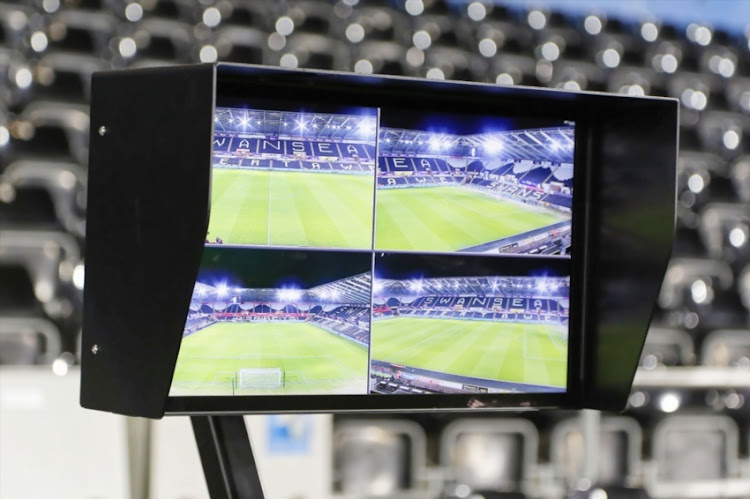 A screen of the Video Assistant Referee VAR system on the pitch side during The Emirates FA Cup match between Swansea City and Notts County at The Liberty Stadium on February 06, 2018 in Swansea, Wales.
Image: Athena Pictures/Getty Images

After testing the technology at the recent African Nations Championship‚ the Video Assistant Referee system will be introduced in Africa for the first time on Saturday at the Super Cup in Casablanca with South African participation.

SA's Zakhele Siwela will be one of the three officials taking charge of the game in Morocco where VAR makes its debut on African soil.

It comes just days before the International Football Association Board‚ the body that regulates the laws and rules of the game‚ is expected to give a formal green light to the use of technology after two years of experimentation‚ mostly in Europe.

Referees at the CHAN-2018 finals in Morocco underwent extensive training on the VAR system‚ including the South African duo of Siwela and Victor Gomes.

It was the first time it was in place on the continent but CAF decided against using it ‘live’‚ preferring to rather get the officials properly trained first and using the tournament as a testing ground.

But now the VAR system – where two or three additional match officials and a technician sit in a small truck watching video screens showing all angles of the action – will be put to use for the first time at an African game.

It will be at the Mohamed V Stadium where 2017 Champions League winners Wydad Casablanca take on TP Mazembe of the Democratic Republic of Congo‚ who won last year’s African Confederation Cup at the expense of SuperSport United.

“It is a historic moment for African football.

"I’m proud that Africa has taken the initiative to embrace latest technology towards the development of football.

"This is a huge step for African football and I’m positive the impact will be felt at all levels of the game‚” said new CAF general secretary Amr Fahmy in a statement.

“Our motto for the VAR is to minimise interference and maximise benefit.

"Following the successes during the offline sessions at the CHAN‚ I’m optimistic that we are ready to use VAR in major CAF competitions.

"African (football) cannot always be left out on the usage of technology in football and I’m impressed by the support from the various stakeholders to make it happen.”

The first referee in the spotlight is Janny Sikazwe of Zambia‚ assisted by Siwela and Jerson dos Santos of Angola.

All three officials are shortlisted for the World Cup in Russia later this year.

“The good news is that African referees who are familiar with the VAR following their participation at FIFA tournaments will be in charge during the Super Cup‚” CAF refereeing manager Eddy Maillet added.