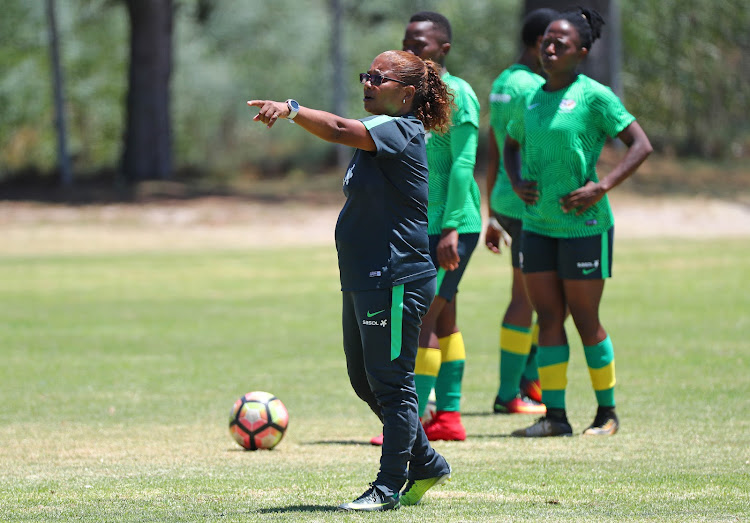 Banyana Banyana caretaker coach Desiree Ellis is expected to be appointed on a permanent basis at a press conference on Thursday February 22 2018 at Safa House.
Image: Chris Ricco/BackpagePix

A new Banyana Banyana coach is expected to be announced at a press conference at Safa House on Thursday morning.

TimesLIVE has been informed that this announcement will finally be made 18 months after Vera Pauw left the job in August 2016.

Pauw’s assistant‚ former Banyana star Desiree Ellis‚ has filled the position in a caretaker role since.

It was not clear who will be appointed the new permanent coach.

One Safa official‚ though‚ did say that the appointment “should be obvious by now”.

Safa had spent months courting overseas coaches to the position‚ however‚ Ellis is the only “obvious” candidate whose name has been linked to the job.

Under Ellis‚ Banyana won the 2017 Cosafa Cup in September‚ and the team were awarded Caf’s Women’s Team of the Year of 2017 prize in January.

Safa communications manager Dominic Chimhavi would only say: “Come and see what we are announcing.

“Don’t forget the team is leaving for Cyprus tomorrow.

“So we might just be inviting you to come and say bye bye to the team.”

Banyana leave on Thursday to compete in the Cyprus Women’s Cup‚ which starts on Monday‚ where they have been drawn in Group C with Hungary‚ Slovakia and Trinidad and Tobago.

Banyana Banyana start their build-up to the 2018 African Women’s Championship with a home meeting against Sweden in Cape Town on Sunday‚ the start of ...
Sport
4 years ago

Banyana Banyana winning the 2017 Women’s National Team of the Year award at the Caf Awards 2017 in Accra‚ Ghana on Thursday night has reopened ...
Sport
4 years ago

The challenges SA football must overcome in 2018

TimesLIVE has identified five big changes and challenges South African football will grapple with in 2018.
Sport
4 years ago

After leading Banyana Banyana to Cosafa Women's Championship in September‚ the South Afrocan Football Association are yet to offer coach Desiree ...
Sport
4 years ago