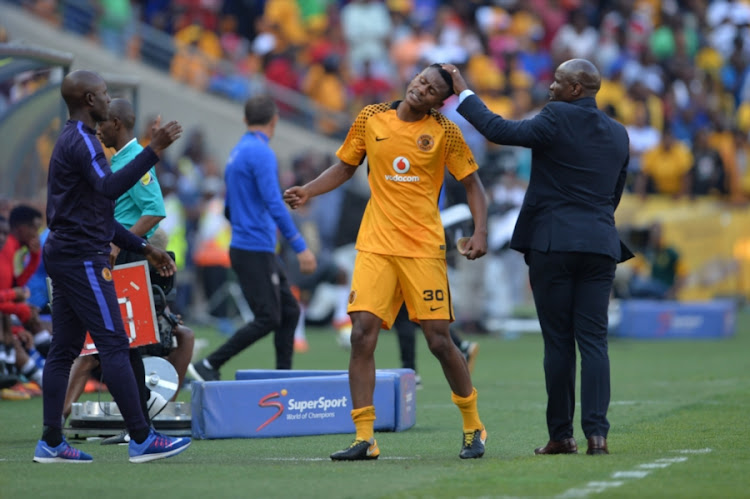 With the club seemingly doing well these days‚ Kaizer Chiefs coach Steve Komphela was asked if his players now understand his philosophy after two and half years with the Glamour Boys.

Instead of answering this question with a direct answer‚ Komphela did what he’s now famous for‚ he painted an overall picture of what is happening at the club‚ especially with the juniors.

“Teams are at the back of a club.

"For me honestly‚ it’s not my philosophy‚ it is the club way of doing things‚” said Komphela.

“Whether senior or junior that synergy must be reflected. We wish and pray that at some stage‚ Chiefs will hit that consistency.

“It is pleasing to hit this patch and I hope it will help the process and the system not any individual.”

Komphela said he was pleased with the club’s junior team that is campaigning in the Multchoice Diski Challenge and players coming through it.

Before Chiefs took on Cape Town City at the FNB Stadium on Saturday‚ Komphela watched the junior team early on that same day.

The juniors beat Platinum Stars 4-2 and will finish in the top 8 of the MDC this coming weekend.

“In the midfield you had (Nkosingiphile) Ngcobo‚ (Moikhomotsi) Mothibedi and (Tristan) Moses and (Njabulo) Blom. You see a reflection of what happened here tonight (at FNB Stadium) but at a level more lower physically.

“Looking at that (development)‚ when such machinery is functioning‚ nobody is important.

"The machine is functioning and if for whatever reason one part is not working‚ it will just be the replacement of the part.

“So if we hit that‚ both at junior and senior level‚ you’re guaranteed a long term process where if anything happened to (Willard) Katsande‚ you can bring in Thibedi or Ngcobo. He plays there‚ and it’s quiet.”

Komphela said what is happening at Chiefs in terms of their style of play cannot be viewed as his philosophy.

“It is rare‚ especially in SA to find a situation or scenario where the philosophy is not about the coach but it is the club way of doing things.”

With two of his senior players‚ Katsande and Siphiwe Tshabalala‚ mourning the deaths of their loved ones this week‚ Komphela might be forced to look at those junior players as Chiefs face Bloemfontein Celtic in a league match at FNB Stadium on Saturday.

The club revealed on Tuesday that Katsande lost his mother Gladys Magorosi while Tshabalala lost his grandmother‚ Francina Motaung‚ both on natural causes.

Owen Da Gama says his technical team at Highlands Park‚ which includes members with Bafana Bafana experience‚ is the reason behind his team’s fine ...
Sport
4 years ago

Jomo Cosmos will fight for second or third place in the National First Division and the promotion playoffs‚ because winning the title for automatic ...
Sport
4 years ago

Cape Town City’s seven-year-old “mascot” Mateo‚ whose dance moves and singing to the words with the players in the change rooms have been a social ...
Sport
4 years ago

An unhappy Benni McCarthy is threatening to come out of retirement at the age of 40 to show up his Cape Town City players for their lack of scoring ...
Sport
4 years ago