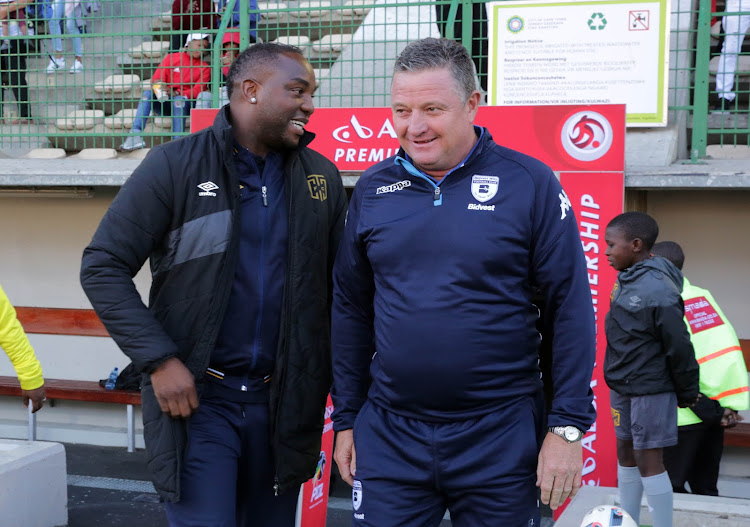 Cape Town City coach Benni McCarthy has bemoaned his side’s bad luck in the wake of their 2-1 loss to BidVest Wits on Saturday and is hoping that a hamstring injury to new striker Matthew Rusike does not prove serious.

Rusike was forced off in the first half of the Absa Premiership defeat‚ leaving McCarthy short on forward options.

“We will have to see how serious the hamstring is.

"It’s another thing going against us.

"You finally get a striker that you think will be able to give the team a push and he gets injured at a crucial stage‚” McCarthy said.

“With the way the game had gone‚ with the chances we created‚ we needed a number nine‚ a poacher‚ to put it in for us.

"We will just pray that Matthew is not too serious and it is just a tweak that he felt.”

McCarthy was critical of defender Taariq Fielies‚ who he saw as at fault for both Wits goals scored by Lehlohonolo Majoro.

“Our lapses in concentration at crucial times cost us.

"It wasn’t like they [Wits] played to deserve the goals they scored‚ it was bad defending.

"Two mistakes from Fielies‚ who is usually ever so reliable.

“It was a bad day in the office for him and he disappointed his teammates. We were in control of the game‚ we had the better of our opponents.”

McCarthy felt his side should have made it five wins from five games against The Clever Boys this season and having at one stage been title contenders‚ they are now looking nervously over their shoulders with the potential to drop out of the top eight.

“It was three points lost for us to be honest. All we can do is just go and rectify our mistakes because we are playing really good football.”

City have now lost their last three Absa Premiership fixtures and are next in action against Baroka FC on Tuesday‚ before a home clash with Chippa United on Friday.