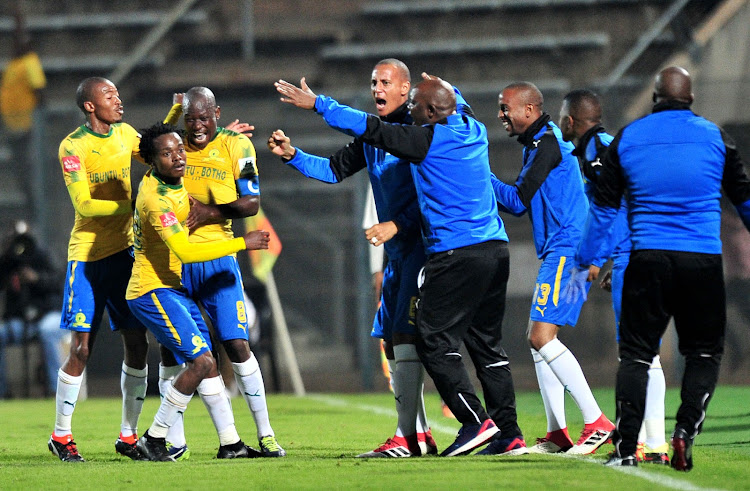 Pitso Mosimane is yet to see the player in the Absa Premiership in 2017-18 who can challenge Percy Tau for the Player of the Season award‚ the Mamelodi Sundowns coach has said.

He miscued a chance in front of a wide open goal soon after Thabo Mnyamane had given SuperSport and 12th-minute lead.

But the Bafana Bafana star then was the spearhead trying to break down a Matsatsantsa set up – with three centrebacks‚ two wingbacks‚ and three central midfielders – to defend and break on the counter. Tau equalised in the 79th.

“It was very difficult‚ where we had to punch holes behind the 10 defenders to go through by hook or crook‚” Mosimane said afterwards.

“And I need the name now‚ to say: there’s eight games to go‚ who is challenging Percy Tau for Footballer and Player’s Player?

“He must take everything. He’s scoring goals and he’s assisting. What a brave youngster. He just shows that talent is not enough – you must back talent.

“You must run‚ you must play‚ you must force‚ you must be brave. A player like this in South Africa we haven’t seen for a long time. It ’s unbelievable.”

He has 10 goals in all competitions and seven assists.