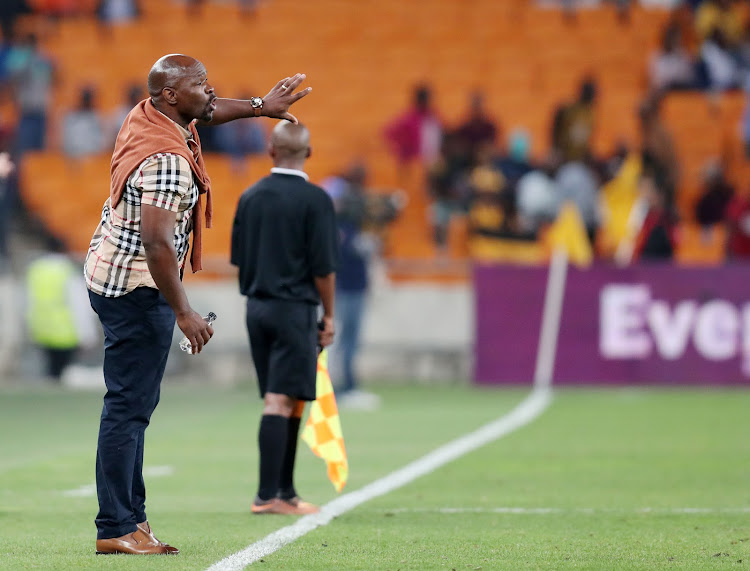 Kaizer Chiefs coach Steve Komphela was quick to express his regret at the points dropped by his team on Saturday as a 0-0 draw at home to Bloemfontein Celtic was a lost opportunity to make a significant inroad into the lead held by Mamelodi Sundowns at the top of the Absa Premiership.

With Sundowns having been held to a 1-1 draw in their Tshwane derby by SuperSport United at Atteridgeville earlier in the day‚ the home game against the Free State side was a chance for Chiefs to cut the Brazilian’s lead to just three‚ especially given that Chiefs had not lost in 16 previous league games against Celtic.

But despite a lion’s share of the possession‚ they failed to make enough chances‚ although Daniel Cardoso did hit the crossbar with a header from a corner late in the game.

“In the first half‚ I felt we did get into the final third but we lacked the final pass. We tried many times to get behind the defence but we didn’t.

“Also‚ I thought given the number of set plays we got‚ in a match of this calibre‚ we needed to get at least one (goal). But we didn’t.

“As the game progressed‚ we started to become a bit desperate‚ trying to think of what changes we could make to affect the game. We thought of (Bernard Parker) as a third striker‚ taking out a No.10 to go direct.

“But at the end of the day‚ with all those attempts … I don’t know how many attempts we had at goal‚ shots at goal‚ how many were on target … I thought we should have got at least one.

“But it wasn’t to be. Do we regret the outcome? Yes‚ we do‚ because it was an opportunity for us to narrow the gap by three (points). But it still stays at five.

“We look forward to another day and will try to focus on the next match.”

Chiefs play Orlando Pirates in the derby at Soccer City next Saturday and failure to win again is likely to leave them slipping out of the title chase.

Despite it having appeared possible at one stage, it is far from a foregone conclusion that Mamelodi Sundowns will run away with the 2017-18 Absa ...
Sport
4 years ago