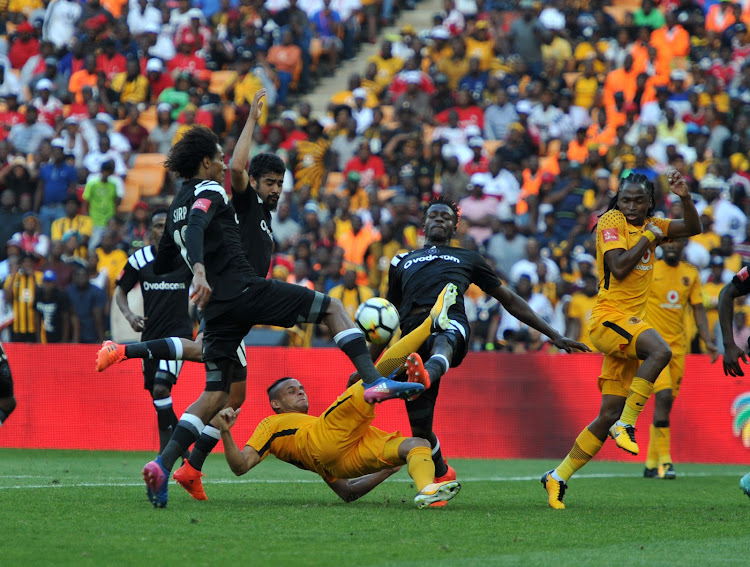 Of the 41 Soweto derby (league) matches played since the launch of the PSL in the 1996/1997 season‚ 21 of them have ended in draws‚ leaving the question of how Saturday’s 42nd league encounter between Orlando Pirates and Kaizer Chiefs will pan out.

Below we list five reasons why Saturday’s anticipated match may also end in a dreaded draw despite both teams' promises and desperate search for points to remain in the hunt for this season’s Absa Premiership title.

Both Pirates and Chiefs technical teams will apply a lot of caution in this match given what is at stake.

We see both coaches relying on their opponents to make mistakes rather than telling their players to go for the jugular.

That will leave both sides frustrated and players will get even more nervous and will feel the pressure from their fans as they realize that time is running out.

2) New players in the derby

Those who will be playing their first match in the derby‚ including Ryan Moon‚ Leonardo Castro‚ Siphelele Ntshangase and Teenage Hadebe of Chiefs‚ might find themselves overwhelmed by Saturday’s auspicious occasion.

These players may try too hard to prove that they have no jitters.

But that might also be their undoing as they might find themselves committing too many silly mistakes‚ leaving their teammates and fans frustrated.

Itumeleng Khune may be the player who will save Chiefs once again in this game against the on-form Bucs.

Khune is the man for the big occasion and he proved the difference in the first round match that ended 0-0 in a game where he produced some stupendous point blank saves.

It will take something special from Pirates forwards to beat Khune on Saturday.

4) Both teams have draws in their genes

Pirates and Chiefs have played 20 draws combined in the league matches they’ve played this season‚ Pirates nine and Chiefs 11‚ meaning the players might go into this match with another draw in mind.

Both teams lack the players with impeccable skills and creativity in the midfield to penetrate tight defences.

Both teams play 4-3-3 or 3-5-2 formations with little flexibility and creativity to change gears when the tough gets going during a match.

It’s likely to be a one-on-one affair in all departments‚ leaving little room for either team to play their normal game‚ especially in the final third where it is likely to be crowded with five men defending their goal against two or three attacking players.

It will take a special effort for either team to breach the defence‚ something that both teams failed to do even against some struggling teams.

With both Orlando Pirates and Kaizer Chiefs chasing leaders Mamelodi Sundowns for the Absa Premiership title‚ Saturday’s derby will be anything but ...
Sport
4 years ago

Milutin Sredejovic is refusing to make any pronouncements about Orlando Pirates’ championship chances even after the club’s 4-2 away win over Chippa ...
Sport
4 years ago