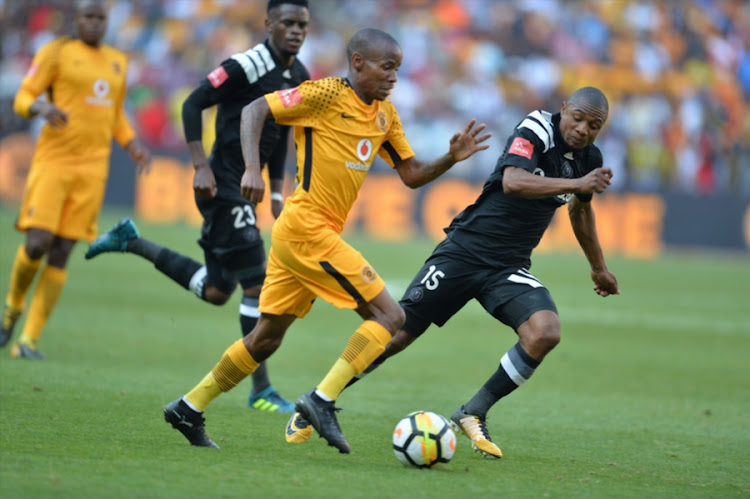 Orlando Pirates and Chiefs square up for the derby at FNB Stadium with fans understandably growing wary of the conservative tactics in the over-hyped game that has resulted in six of the last eight encounters ending in draws‚ with just 10 goals scored.

Half of those eight games have ended in goalless draws‚ and two were 1-1 stalemates.

Williams‚ though‚ believes – mostly based on the positive approach he has seen particularly in the past two months from Pirates’ coach Milutin Sredojevic – that Saturday’s derby will not be a draw.

“No-one’s had the bravery to go for the win because of the size of the game‚” Williams said on Tuesday.

“People who have travelled from all over the country to watch this game have not been given what they came for because the coaches have said‚ ‘I want to hold onto my job. If I can get a draw here‚ or maybe sneak a win‚ maybe I will’.

“The derby is very hyped up. But I think that this is going to be the first time that I can say that it’s not going to be a lovely draw.

“And the reason why I’m saying that is because of the mentality of the Pirates coach (Sredojevic).

“And I’m thinking that (Chiefs coach) Steve Komphela might be sitting thinking to himself‚ ‘Do I play 4-4-2‚ and take on Pirates?’ Because he’s got the players to.

“If you really want to see a team who are on form‚ and I think I said it from about two months ago – this Pirates is a different kettle of fish.

“You play‚ you train and you perform‚ and you stay in the team. Before there was a lot coming from people who are behind the scenes.

“I think Pirates will be very positive. And if Steve can just respond positively‚ I think these teams can give the people a game that they have been waiting for‚ for the past five to six years.

“Take a gamble and try to get the three points. I know the coach of Pirates is definitely going to go for it. It’s just Steve’s response to that.

“If he also goes for it maybe we can see a boxing match going the 12 rounds.”

Pirates beat Chippa United 4-2 in their thrilling last Absa Premiership game in Port Elizabeth on Saturday‚ which was the Buccaneers’ third win in succession.

Chiefs are unbeaten in 10 league and cup games.

With both Orlando Pirates and Kaizer Chiefs chasing leaders Mamelodi Sundowns for the Absa Premiership title‚ Saturday’s derby will be anything but ...
Sport
4 years ago