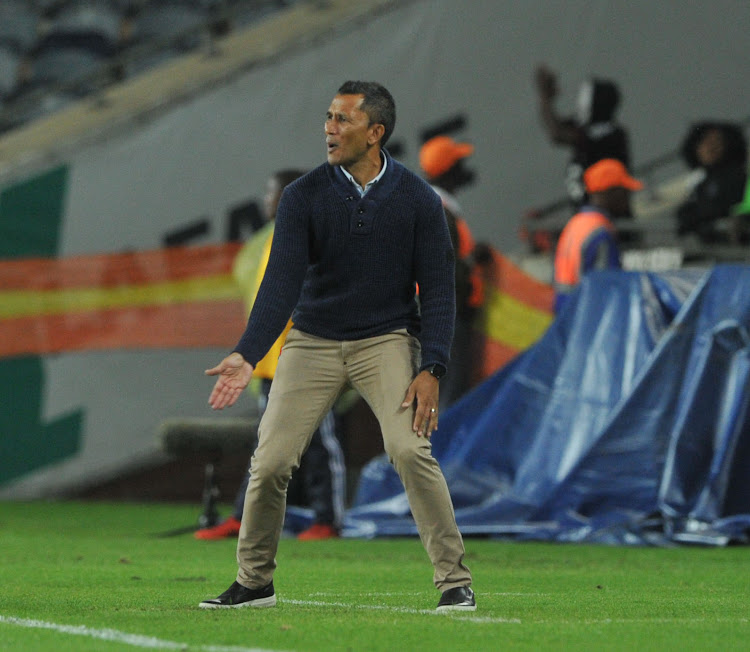 The first-ever Pietermaritzburg derby between top flight Maritzburg United and their National First Division neighbours Royal Eagles could bizarrely end up being played in Durban.

Royal Eagles have home advantage in the Nedbank Cup second round tie and do not want to play the game at the Harry Gwala Stadium‚ which they share with Maritzburg United‚ because they believe it offers Fadlu Davids’ high flying team an advantage.

Instead they have nominated their alternate home ground‚ the Princess Magogo Stadium in KwaMashu in Durban‚ as the venue for the cup tie‚ setting up the strange situation where a derby is played in another city and stretching the spirit of the Premier Soccer League policy of clubs having alternate ground.

The PSL is yet to rule on the request and the debate over whether the game is going to Durban or not is delaying the issuing of the dates and venues for the second round matches‚ which are supposed to be played between March 7-14.

Maritzburg coach Davids is quite strident on the matter: “For the people of Pietermaritzburg lets hope they do not move the game.

"There are some rumours that they want to move the game but these people (of Maritzburg) need to see football.

"It is the first Maritzburg derby in I don’t know how long and it’s a big occasion for the city and people need to see their teams‚” he said.

When Pitso Mosimane says the Caf Champions League is “another cup” for Mamelodi Sundowns‚ he does not mean that it is just another tournament.
Sport
4 years ago

Baroka FC consolidated their position in the top eight with a hard fought 2-0 win over Cape Town City during their Absa Premiership match played at ...
Sport
4 years ago

Olympic champion sprinter Usain Bolt faced a social media backlash on Tuesday after a cryptic tweet he sent out on Monday created the impression that ...
Sport
4 years ago

Saturday’s Soweto derby will not be a “lovely draw”‚ former Kaizer Chiefs striker Mark Williams has said.
Sport
4 years ago