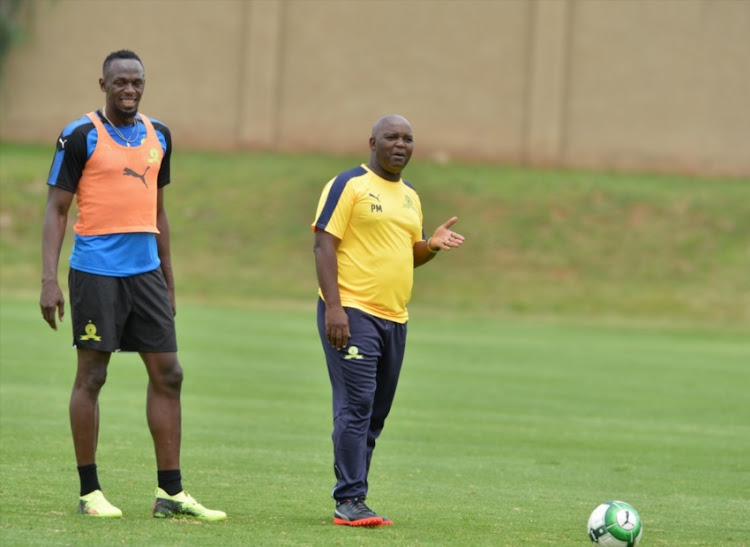 When Pitso Mosimane says the Caf Champions League is “another cup” for Mamelodi Sundowns‚ he does not mean that it is just another tournament.

What the Sundowns’ coach means is that the Champions League (ACL)‚ unlike for most other Premier Soccer League teams who often pick and choose the years they can afford to go seriously into continental football‚ is another tournament to be entered into to try to win year in and year out for the Brazilians.

It will be no different this year as the 2016 champions Downs aim to regain their title and secure a place back at the Fifa Club World Cup that Mosimane and the team so covet.

Sundowns meet AmaZulu in Durban on Friday‚ then begin their ACL campaign against Rwanda's Rayon Sports on Wednesday‚ with a first round‚ first leg fixture in Kigali (the second leg is in Pretoria on March 18).

Mosimane‚ who has juggled some players ahead of the ACL‚ revealed after Saturday’s 1-1 league draw against SuperSport United that there were reasons behind centreback Ricardo Nascimento finishing the game injured.

“Ricardo is suspect‚ because he has not been training that well. He’s got a new baby‚ he hasn’t been getting sleep.

"So we said he must not train‚ and just come and play‚” the coach said.

“We would maybe not have pressed him to play but Soumahoro Bangaly is also out.

“So we need to manage all these things. It’s not easy.

“OK‚ we are a little bit greedy because my vision is‚ ‘Go with it‚ and see how it goes’.

“You know‚ it’s easy to say let’s leave this Nedbank Cup and focus on the league.

“But the Champions League for us‚ it’s another thing. It’s another cup for us.

“We should give the country that. So we are the soldiers who need to carry that baton for international football.”

No doubt with an eye as much on maintaining freshness as the coming ACL campaign‚ Mosimane rested some players who did duty for Bafana Bafana last year – such as Themba Zwane‚ Hlompho Kekana and Sibusiso Vilakazi – in the games leading up to the SuperSport fixture.

“And when you saw ‘Vila’ come on (as a substitute against SuperSport)‚ he was fresh.

“This is the Vila that I know.

"I haven’t seen him like this for some time‚ carrying the team and all the weight and taking it on his shoulders‚” Downs’ coach said.

Baroka FC consolidated their position in the top eight with a hard fought 2-0 win over Cape Town City during their Absa Premiership match played at ...
Sport
4 years ago

Olympic champion sprinter Usain Bolt faced a social media backlash on Tuesday after a cryptic tweet he sent out on Monday created the impression that ...
Sport
4 years ago

Saturday’s Soweto derby will not be a “lovely draw”‚ former Kaizer Chiefs striker Mark Williams has said.
Sport
4 years ago