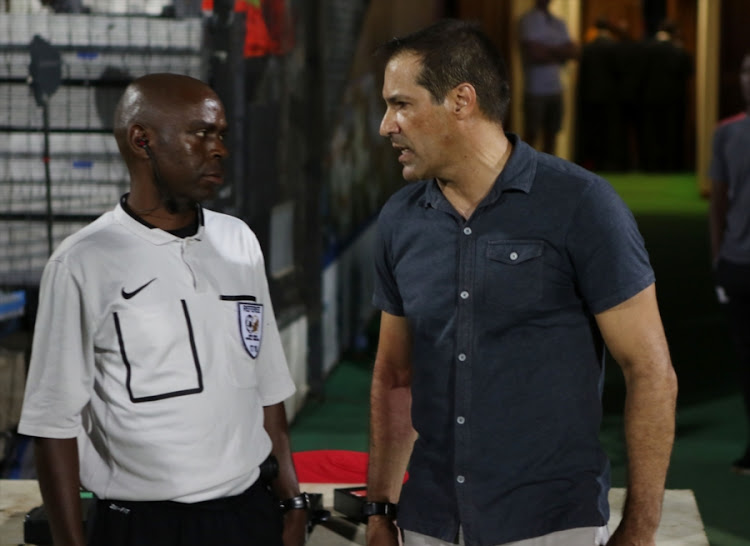 Stars are yet to win a game this year and are running out of time in their battle against relegation‚ but De Sa remains very confident.

“If you look at our performances in the first round‚ we had six games and just two points and that is pretty much where we are right now‚" he said.

"We managed to get out of that and we ended up 13th or 14th in the first round.

"So hopefully we can turn it still again.

“We have some games that we have targeted that are must-win games.

"Obviously games away from home are difficult to try and get anything out of. If we do‚ it’ll be a bonus.”

Stars were four points adrift at the bottom with eight games left in their schedule.

They are at home to Free State Stars on Saturday night and have further home games against Baroka FC‚ Polokwane City‚ AmaZulu and then outgoing champions Bidvest Wits on the last day of the season in May.

They must still go to Bloemfontein Celtic‚ Kaizer Chiefs and Lamontville Golden Arrows. So they have more home matches in the North West.

“It’s my job now to try and pick (the players) up and try and get them out of that negativity and start believing again.

Shots were fired early‚ though it was friendly fire made in banter‚ by Kaizer Chiefs’ defender Ramahlwe Mphahlele at Orlando Pirates counterpart ...
Sport
3 years ago