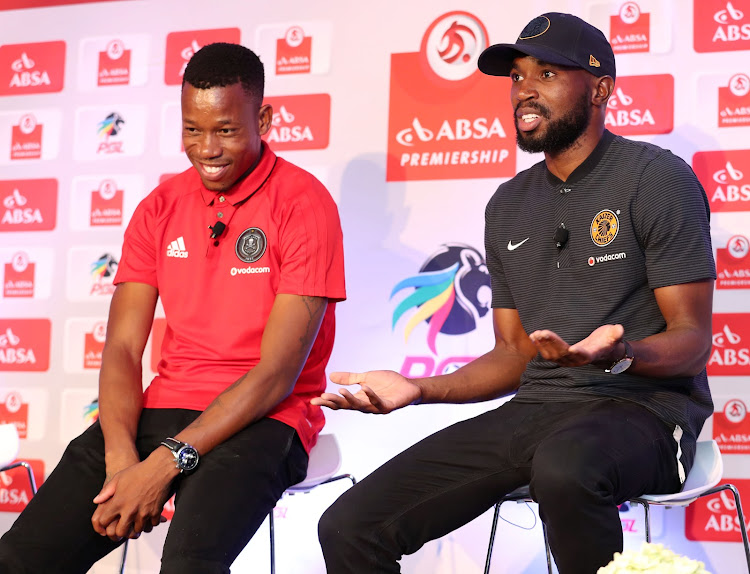 Pirates and Chiefs meet in form – in second and third place in the Absa Premiership – in Saturday’s derby at FNB Stadium (kickoff: 3.30pm).

Mphahlele joked that Jele was lying when he rolled out the line that Pirates have repeated in recent weeks that the Buccaneers‚ four points behind leaders Mamelodi Sundowns with eight games left‚ are not entertaining thoughts on the title.

“We don’t think about winning the league – it’s all about trying to improve our game‚” Jele said.

“Last season we did not do well‚ finishing in 12th.

"And we are still a work in progress.

“With the new coaches we have had this season there has been a lot to work on.”

Mphahlele said that third-placed Chiefs‚ five points behind Sundowns‚ are definitely thinking about trying to win the title.

“Happy has just come here and lied to you because how can you be in position No. 2 and say that you are not thinking about the league?‚" Mphahlele said.

"What else are you thinking about when you are in No. 2?

“But we are in position three and we are trying to win the league. Let’s not beat about the bush.

“Maybe if Pirates are not trying to win the league they should bring their MDC (reserve) team (on Saturday).”

He continued: “We know it’s difficult for the fans who come to fill FNB and then they get a draw.

“I think that we are not going to throw everything into attack‚ but we will try to attack Orlando Pirates.

“We are going to try our best to win the game. Personally‚ I have not won with Chiefs against Orlando Pirates.

“I have won in the (preseason) Black Label Cup‚ but that’s not an important game. I want to win in Woza Nazo (the league).”

When Pitso Mosimane says the Caf Champions League is “another cup” for Mamelodi Sundowns‚ he does not mean that it is just another tournament.
Sport
3 years ago