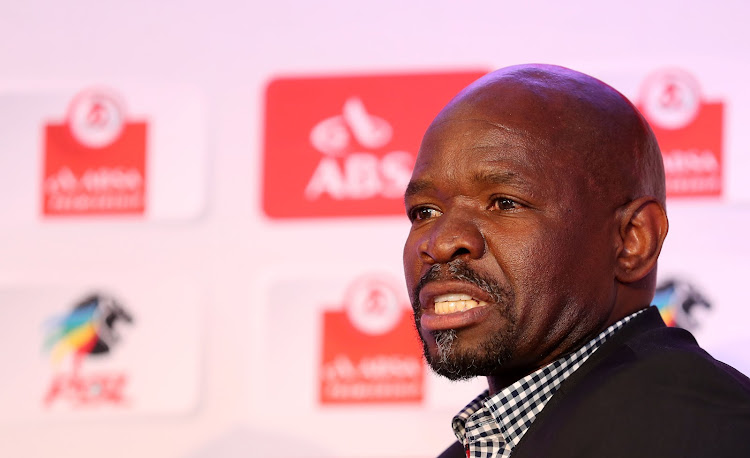 Kaizer Chiefs coach Steve Komphela has laid his cards in the table and said that whoever wins the Soweto derby on Saturday stands a chance of challenging leaders Mamelodi Sundowns for the Absa Premiership title.

Unlike his opponents at FNB Stadium‚ Orlando Pirates‚ who have been playing down their title chances despite being in second place‚ Komphela said third-placed Chiefs‚ five points behind the Brazilians‚ are going for the league.

In some ways he has to. Komphela has yet to win a trophy approaching the end of his third season at Chiefs‚ where his contract will end‚ and knows his chances of a renewal might rest on winning the league or Nedbank Cup.

Komphela said Pirates being in second place‚ four points behind Sundowns‚ who begin to campaign in the Caf Champions League next week‚ and Chiefs being in third makes Saturday’s derby “very interesting”.

He continued: “Third season at Chiefs and obviously that (lack of a) trophy will always be there.

“Just have to carry on‚ carry it. Lessons and bearings are cousins. So it’s part of the privilege that we carry.

“And in dealing with it we cannot be in denial. The first thing on the path to peace is acceptance‚ and when you accept conditions then you can move on freely with acceptance‚ and you can get a clearer way of seeing things.

“Are we close enough? Yes‚ we are. There’s a gap of five points – there’s a possibility.

“And one thing that we should not forget is that Mamelodi Sundowns will be going to play in Africa. Since they do have a big squad their schedule is going to be taxing.

“Which is why I therefore say the possibilities are that whoever wins the derby on Saturday stands a bit of chance.

“Looking at the schedule for Sundowns‚ it’s not easy to be travelling‚ you play domestic and then you go and play again on the continent.”

Chiefs are unbeaten in 10 league and cup games.

Two second half goals lifted Ajax Cape Town out of the relegation standings in the Absa Premiership as both Fagrie Lakay and Mario Booysen scored ...
Sport
3 years ago

The hype around Saturday’s Soweto Derby between Orlando Pirates and Kaizer Chiefs will be matched by the capacity crowd of about 88 000 fans at the ...
Sport
3 years ago