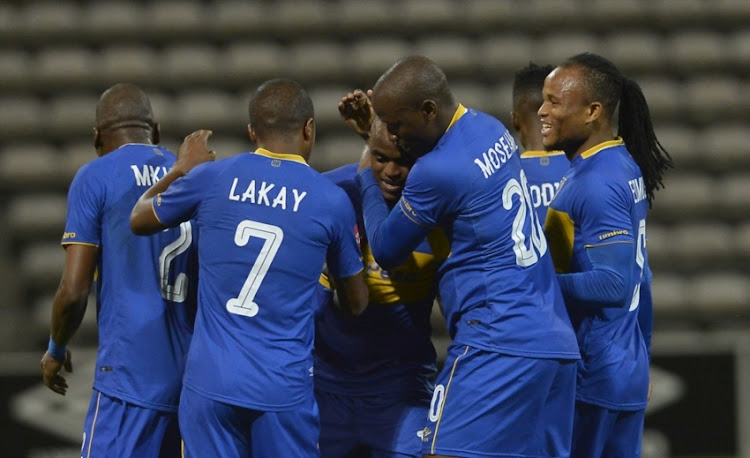 Ayanda Patosi returned to the Cape Town City line-up for the first time in a month after being put on a strict diet and helped his side to beat Chippa United 2-0 at the Athlone Stadium and arrest a run of four successive defeats.

Lyle Lakay got the other goal in a comfortable win for Benni McCarthy’s side that lifted them one place up to sixth in the Absa Premiership standings.

It looked relatively easy for City against a Chippa side who have now gone through their last seven matches in the league without any success.

“I’m happy for Patosi, he has come through a few things. I gambled on him and he came through for me. He can make a huge difference in the team,” said McCarthy of the ex-Bafana midfieder who has had issues with his weight since returning from Belgium at the start of the season.

McCarthy benched his youngsters and restored seniors to the side to help turn things around although Chippa should have had a shock lead inside the opening minute as Mark Mayambela played a clever square pass across the face of City’s goal but the tiny legs of Paseko Mako did not stretch out enough to make the necessary contact.

City came back from the early surprise to begin to dominate matters with Teko Modise pulling the midfield strings, Thamsanqa Mkhize making forward movements down the flanks and Patosi showing his classy touches.

But the opening goal came almost out of nowhere as Mkhize fed the ball inside to Patosi, who was well outside the area but showed his accuracy with a powerful shot that beat Daniel Akpeyi, returning to the Chippa goal after Brighton Mhlongo had let in four against Orlando Pirates in Port Elizabeth on Sunday.

The second was also from long range as Lakay bent a freekick, catching Akpeyi off balance and moving in the wrong direction, into the net.

In between, City should have seen goalkeeper Sage Stephens sent off for a wild challenge on Mako but he was most fortunate to only be given a yellow instead by referee Phelelani Ndaba.

Judas Moseamedi had a chance to make it 3-0 midway through the second half and substitute Craig Martin also squandered a chance.