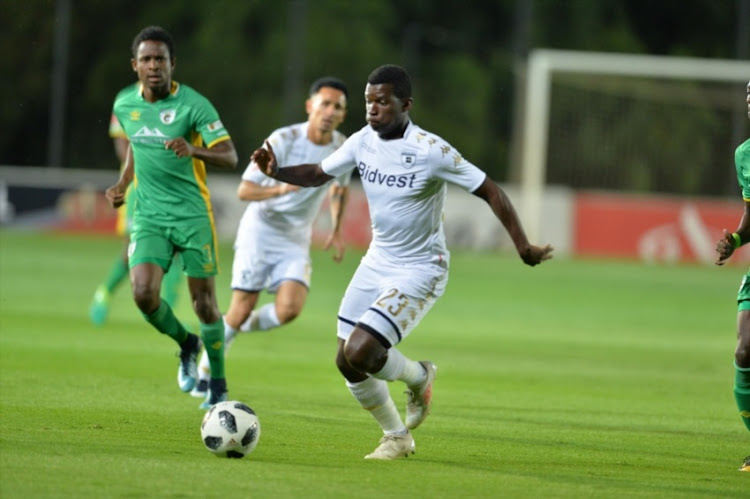 Bidvest Wits extended their unbeaten run to seven games, but would have been ultimately disappointed that they could not find a better rhythm on the night and had to settle for a point from their 1-1 home draw against Baroka FC.

Wits threatened in patches without ever quite finding fifth gear at Bidvest Stadium, or the genuine cohesion to stamp their aggressive pressing game against Baroka’s characteristically energetic, quick runners.

The Clever Boys opened the scoring in the 11th minute the scoring when, from Nazeer Allie’s long throw-in, Thulani Hlatshwayo flicked on and Sifiso Myeni struck a shot that snaked through a crowed area past goalkeeper Ayanda Dlamini.

In the 30th the dangerous Gift Motupa burst through, too easily, into the area down the left channel to strike two cannonballs that forced a fine double save from Darren Keet.

Baroka earned an equaliser from the penalty spot when Daylon Claasen lifted a foot up in his area and ended up kicking Robin Ngalande.

Full-back Albert Mothupa stepped up and slotted past Keet.

Wits seemed out of ideas as to how to work their way through Baroka in the second half.

Clever Boys coach Gavin Hunt, who had introduced Vincent Pule for Thobani Mncwango from the change rooms, added Cole Alexander for Claasen in the 59th.

The game woke from its second-half slumber when, in the 66th, Wits’ youth international Abednego Mosiatlhaga progressed down the left and had to be dispossessed twice with Dlamini stranded.

Sifiso Hlanti’s swerving free-kick was palmed over by Dlamini.

In the 76th Baroka’s keeper pulled off one of the saves of the month as, from Hlatshwayo’s downward header Lehlohonolo Majoro got a stab in at the right upright, and Dlamini’s reaction full-stretch dive was top class.