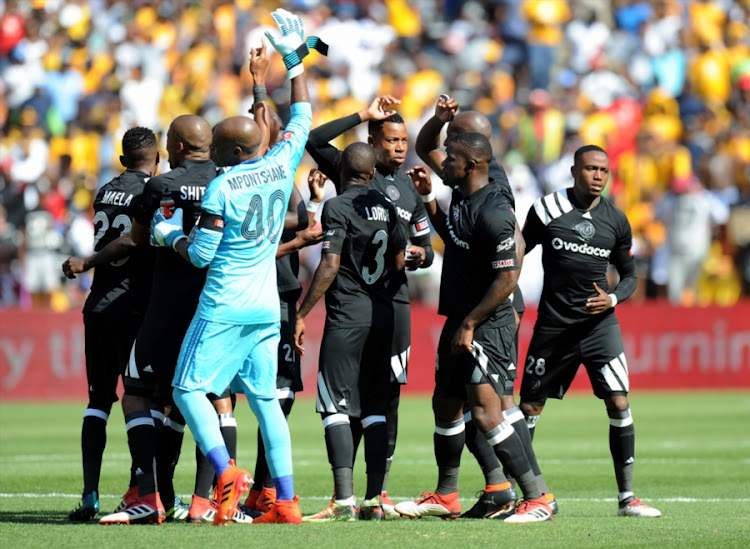 Orlando Pirates had the power of Wakanda on their side in their 3-1 Soweto derby win against Kaizer Chiefs at FNB Stadium on Saturday‚ Bucs’ coach Milutin Sredojevic has revealed.

Bucs’ emphatic Absa Premiership victory against Chiefs followed a thrilling 4-2 win against Chippa United in Port Elizabeth on Sunday and took charging Pirates to a fifth league victory in succession.

“It has been a dream finish of a week where we have really taken care of all the details‚” Sredojevic said in the post-match press conference.

“I want to give credit. I stand here in front of you‚ but I want you to really see my brother Rhulani (Mokwena‚ Bucs’ assistant-coach)‚ and the other members of the technical team‚ together with all the players.

“We have worked very hard throughout the week.

“On Tuesday we went for a team-building aspect‚ and we went to watch the film Black Panther.

“It is a film where we as a sports brand feel represented in that historical African theme. And it has been a special injection of motivation for us to go and prove the point today.

“We had three quality training sessions where we pulled all the things together on and off the field.

“We have really worked very hard.”

The gloss on the Soweto derby was restored after Orlando Pirates convincingly beat Kaizer Chiefs 3-1 in a lively match that probably ended Chiefs ...
Sport
3 years ago

The best performance by a South Africa slow bowler since readmission couldn’t stop Australia from taking control of the first test at Kingsmead on ...
Sport
3 years ago

In these tough economic times, fans find it hard to flock to stadiums and the Sharks gave their faithful bunch no reason to spend money on them after ...
Sport
3 years ago

Orlando Pirates and Kaizer Chiefs write the latest chapter in the rich history of the Soweto derby at the FNB Stadium with a vital Absa Premiership ...
Sport
3 years ago