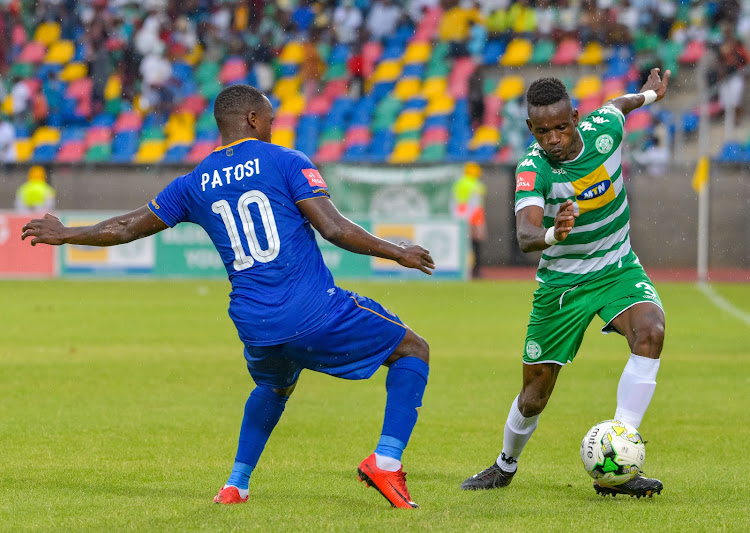 Ayanda Patosi's return to Cape Town City was hailed by coach Benni McCarthy after the ex-Bafana Bafana midfielder scored a goal in the victory over Chippa United on Friday and looked to be back in line to play regularly.

Patosi had been punished by City for missing training and unprofessional behaivour and put on a special diet where he is given three meals daily by the clubs’ appointed dieticians and may not divert from the routine and eat whatever he likes.

He is being tested for alcohol in his system on a regular basis to try and keep him on the straight and narrow after allowing his weight to get out of control and getting into trouble off the field.

Patosi also had disciplinary issues in Belgium which cost his career at Lokeren‚ where he was initially heralded as a teenage sensation.

City signed him at the start of the season with the hope of him playing a major part in their side and Patosi expressing a desire to win back his place in the national team.

But it has not all gone to plan‚" said McCarthy.

“We all know the qualities that the player possesses.

"He had a little bit of a mishap and got a slap on the wrist and a couple of fines and that … and the diet restrictions and extra training.

"In the end he’s come good.

"The last three weeks actually I’ve kept a close eye on him and spoke to him a little bit about what is expected of him because he’s a player who comes from Europe‚ who other players look up to and who needs to be an example.”

The City coach said playing Patosi last weekend after a month on the sidelines was a gamble that paid off.

“He brings a quality and together with Teko (Modise) and (Roland) Putsche he gives the team confidence.

"Now the balls goes to the No. 10 position and the No.10 knows how to find those little pockets.

"His ability and technique is second to none.

“Hopefully now he has learnt the lesson.

"We have seven more games plus the Nedbank Cup for him to continue this form.

"We look a different team when he is in the side‚” added McCarthy.

Luvuyo Memela was kept on the bench as a tactical secret weapon‚ Orlando Pirates coach Milutin Sredojevic has said after the forward came on and ...
Sport
3 years ago

Fiorentina captain and defender Davide Astori died of a sudden illness on Sunday morning at the age of 31, the Serie A club said, leaving Italian ...
Sport
3 years ago

Orlando Pirates had the power of Wakanda on their side in their 3-1 Soweto derby win against Kaizer Chiefs at FNB Stadium on Saturday‚ Bucs’ coach ...
Sport
3 years ago