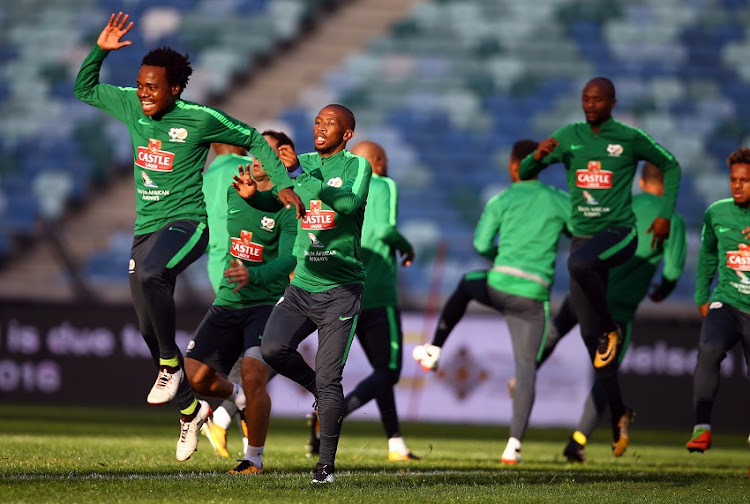 The South African Football Association (SAFA) will reveal Bafana Bafana’s programme of friendly matches for the coming months on Tuesday morning‚ but according to reports one of those will be against Zimbabwe later this month.

The fixture is scheduled for Harare on March 25 and will be a first meeting between the two nations in five years.

It will be a first opportunity for Bafana Bafana coach Stuart Baxter to bring his national team squad together since their failed attempt to reach the FIFA World Cup in November‚ when they lost home and away matches against Senegal.

The friendly later this month falls in the FIFA international window‚ which means both local and overseas clubs will be compelled to release their players for the fixture.

It is not the kind of high-profile match that Baxter might have liked with Bafana having failed to secure a friendly against one of the World Cup-bound teams‚ but will provide good preparation for the resumption of the African Nations Cup qualifiers in September‚ when South Africa host Libya.

Baxter will also have the regional COSAFA Cup‚ slated for May 27-June 9‚ to build towards those matches when in theory he could have a strong squad given that the season in South Africa and Europe will have ended.

Zimbabwe coach Sunday Chidzambwa told The Herald that Bafana Bafana would be a “good test” for his side.

“I think South Africa are strong enough for what we need. I think it will be a very good match and they will give us a good test‚’’ the former Free State Stars and Black Leopards coach said.

“If resources are available I would want us to try some of the players that we have not had a chance to assess before.

“I would like to believe that there are players out there in the diaspora who may be very good but whom we have not had a chance to see and playing a team like Bafana Bafana gives us that perfect platform to test our strength.

“Like us‚ South Africa may be out of the World Cup but they are also building for the Nations Cup and these are the kind of important matches we need‚’’ Chidzambwa said.

Zimbabwe and South Africa have clashed on 13 previous occasions‚ with six wins each and a single draw between the two sides.

Luvuyo Memela was kept on the bench as a tactical secret weapon‚ Orlando Pirates coach Milutin Sredojevic has said after the forward came on and ...
Sport
3 years ago

Fiorentina captain and defender Davide Astori died of a sudden illness on Sunday morning at the age of 31, the Serie A club said, leaving Italian ...
Sport
3 years ago

Orlando Pirates had the power of Wakanda on their side in their 3-1 Soweto derby win against Kaizer Chiefs at FNB Stadium on Saturday‚ Bucs’ coach ...
Sport
3 years ago