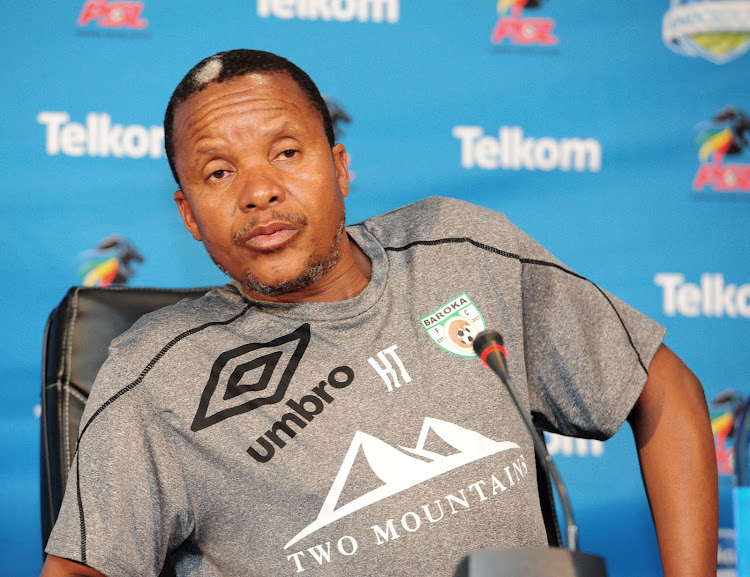 Baroka FC chairman Khurishi Mphahlele has confirmed that the club will start sifting through the CV’s of potential coaches after sacking the eccentric Kgoloko Thobejane on Tuesday.

Thobejane was released from his contract following a protracted suspension.

Mphahlele said the decision to part ways with Thobejane was reached last week‚ on February 28‚ when the suspended coach failed to show up at his disciplinary hearing.

“I can confirm that we have officially parted ways with coach Kgoloko Thobejane‚” Mphahlele told TimesLIVE on Tuesday.

“A decision to release him was actually reached last week on February 28 in absentia after he failed to hour a disciplinary hearing meeting.

“He came to our offices yesterday (on Monday) merely to collect his (guilty) verdict but a decision was actually reached last week.

“We thank him for his hard work and dedication throughout his tenure with the club and wish him everything of the best in his future endeavours.”

Thobejane was accused of drinking on the team bus while on their way back to Polokwane following a 2-0 defeat away at Free State Stars on February 3‚ along with captain Olaleng Shaku and goalkeeper Oscarine Masuluke.

Thobejane was put on suspension on February 10 while the players were ordered to train with the juniors.

The coach denied the allegations while Shaku and Masuluke were last week shown the exit door.

The Bakgaga chairman said McDonald Makhubedu‚ who has been in charge of the team in their last five matches while Thobejane was on suspension‚ will guide the team until the end of the season.

Mphahlele did not rule out the possibility of appointing Makhubedu on a permanent basis.

“Look we’ll only start looking at applications for the job now that we have officially parted ways with Thobejane‚” said Mphahlele.

“It’s a great opportunity for the caretaker coach Makhubedu to show his mettle and prove that‚ although he is young and still learning‚ he is a top coach that can swim with the big fishes in the top flight.

“But results in our remaining matches will go a long way in determining whether we install him on a full time basis or whether we get another coach who is available from somewhere.

“I am impressed with our results since Makhubedu took over the team.

"We have played five matches and haven’t lost.

"Most importantly though‚ we have only conceded just two goals and that is what I like about him.

"We can score goals but our major problem has been leaking goals."

Baroka currently sit at 7th spot on the log with 32 points from 24 matches.

Baroka FC coach Kgoloko Thobejane has been suspended‚ the club have confirmed.
Sport
4 years ago

Baroka coach Thobejane shrugs off loss of Ntshangase to Chiefs

Kgoloko Thobejane could not hide his obvious disappointment that Baroka FC have lost Siphelele Ntshangase to Kaizer Chiefs‚ but said that the Limpopo ...
Sport
4 years ago