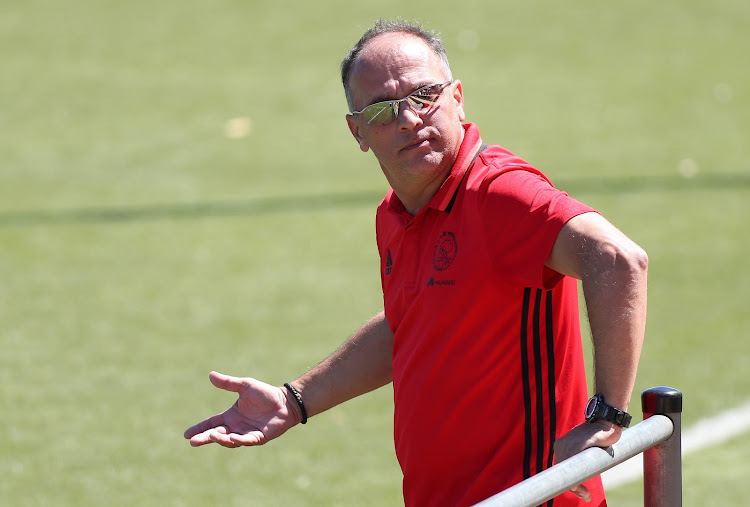 Vladislav Heric says there is no time to make wholesale tactical changes at Chippa United and believes that his predecessors this season have laid a good platform for success.

The Serbian coach is also looking forward to finally proving himself at Absa Premiership level‚ having been unfortunate in the past to gain clubs promotion but then not be given a chance to take the helm in the elite league.

Heric‚ who has been working in South Africa for the last 13 years‚ believes that Chippa’s other coaches this season‚ Dan Malesela and Teboho Moloi‚ have given him plenty to work with in the pursuit of a top eight place and potentially the Nedbank Cup trophy.

“I cannot make big changes‚ there are only two months left in the season‚ so it is about little things here and there‚” Heric told TimesLIVE.

“The previous two coaches laid a foundation for a good team and I must take that forward and continue with the work they did.”

Heric expects to be on the bench for Chippa’s Nedbank Cup Last 16 clash away at Free State Stars on Saturday‚ which will be his first game in charge.

“The paperwork should only take two or three days‚ so it is 99.9 percent sure I will be on the bench‚” he reveals.

“I am looking forward to the first game‚ both squads play good football.

Heric was previously in charge of Chippa in the 2013/14 National First Division season‚ leading them to promotion before being relinquished of his duties before the new top-flight season could start.

He harbours no ill-feeling though and instead says that spell in charge will be of great value to him now.

“I know the people at the club‚ they know me‚ that is a big help‚” he says.

“I also know half the players already and I feel like I have their support. I know for a fact that some of them asked management to appoint me‚ which shows the confidence they have in me.

“That all makes for a good start‚ but I know that it means nothing if you don’t get results.”

Heric has also had two successful spells with Black Leopards‚ and was briefly in charge of African Warriors‚ Polokwane City‚ FC Cape Town and Royal Eagles‚ among others.

Having also been part of the youth structures at Ajax Cape Town‚ he was most recently assistant coach to the now sacked Kosta Papic back at Royal Eagles.

“Everywhere I have been I deliver results‚ but you know it is always difficult to get a job in the PSL.

"Somehow the same people end up in these positions‚” he says ruefully.

Now he has his chance to shine with Chippa currently in 11th‚ only two points outside of the top eight.

Bloemfontein Celtic mark their 40th game on Wednesday back at the refurbished Petrus Molemela Stadium in Rocklands and are hoping that they are ...
Sport
4 years ago

Komphela explains why Chiefs lost the Soweto derby to Pirates

Kaizer Chiefs coach Steve Komphela says it was his team’s failure to maintain their counter-pressing game in the second half that allowed rivals ...
Sport
4 years ago