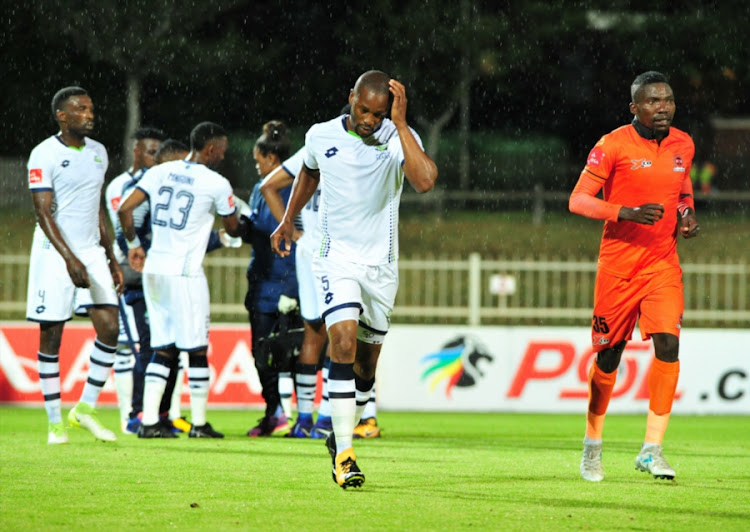 Platinum Stars defender Gift Sithole has warned his team-mates to brace themselves for the fight of their lives if the North West strugglers are to avoid relegation in the coming weeks.

Stars are yet to win a game this year and are running out of time in their increasingly desperate attempt to avoid being swallowed by the relegation quicksand.

But despite the uphill battle‚ Sithole remains confident that the Premiership bottom club can dig in deep and find a way to move away from the foot of the table.

"It’s tough but I think we still need to focus. We still have a chance.

"We haven’t played the last match as yet‚" said Sithole.

"We must try to win the next game at all costs.

"Honestly the guys are down but as senior players we have to lift their spirits.

"I have belief that we still have a chance.

"We haven’t been relegated. We can make it. One win is going to open a lot of things for us."

The Phokeng-based side are currently sitting at the bottom of the league table with 17 points from 23 games played‚ seven points behind fellow strugglers Ajax Cape Town with seven more games to play before the end of the season.

"As a defender I feel bad.

"If you check most of the games‚ we conceded in the last 15 minutes of the match‚" said Sithole.

"I feel bad because we don’t concentrate.

"It’s something we will work on because we always try our best every time we play."

"We also have to fix our goal-scoring problems. Everyone who gets a chance should just score‚" said Sithole.

"The teams we play against create four chances and score two and we lose the game‚" said the defender.

Their failure to rattle the net consistently came back to haunt them over the weekend as they were denied three points in the dying minutes of the game by Free State Stars at the Royal Bafokeng Stadium on Saturday night.

"It’s worrying. It’s painful that we play well but we lose.

"We have two weeks to prepare for the Bloemfontein Celtic game.

"I think there’s something good that can come out."

Dikwena’s next assignment is a league clash away to Celtic on March 18.

Benni McCarthy off to Manchester to 'coach' in UEFA Champions League

While Cape Town City are in the tropical heat of Mozambique on Wednesday and take on local favourites Costa do Sol in the African Confederation Cup‚ ...
Sport
3 years ago

Tottenham Hotspur's Kieran Trippier made himself watch several reruns of Spurs' 4-1 Premier League defeat to Manchester City in December in a bid to ...
Sport
3 years ago