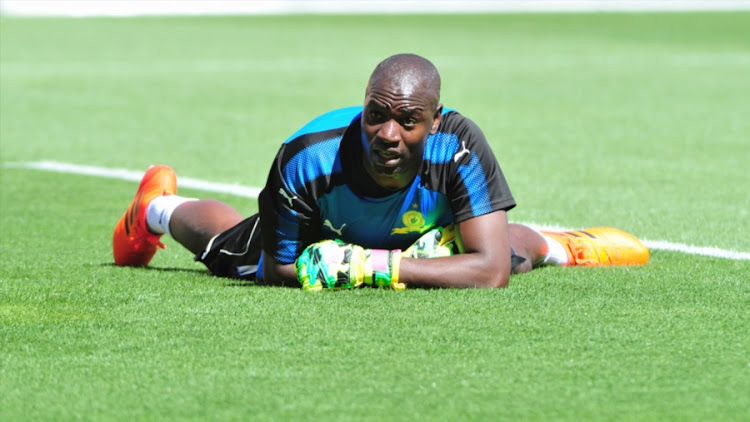 Mamelodi Sundowns have had to make do with an artificial pitch since arriving in Rwanda at the weekend but goalkeeper Dennis Onyango says they are not complaining.

Sundowns face Rayon Sports in Rwanda in a Caf Champions League first round tie on Wednesday but even though the match will be played on a grass surface at the 30 000-seater Amahoro Stadium‚ the hosts have elected to avail a training facility with an artificial pitch.

“We have no choice but to train on an artificial pitch even though we are going to play on grass‚" Onyango said from Kigali.

"We are in a country where they don’t have enough grass pitches but the artificial pitch is not too bad to train on.

"On Tuesday we had our (first) training session at the main stadium which has proper grass but we are not complaining because we have seen this before‚” he said‚ adding that it was a good decision by the technical team to arrive early in Kigali.

Monday nights training under the lights at the Kigali Stadium! #Sundowns pic.twitter.com/mhtCej8J9P

“It was a good idea by the technical team to get us here early so that we can acclimatize to the weather because it has been raining here in Rwanda almost every day.

"We are focusing on the game and we know how hard it is going to be because it is one game before the group stages.

"We will do our best to get to the next round.

"Everyone is focused and we want to keep the momentum because we still have games in the league also.”

The stadium is expected to be packed to capacity because Rayon Sports have massive support in the country‚ but Onyango said they not fazed.

He said they enjoy playing against the big teams on the continent and they will draw from their past experience of playing in hostile conditions away from home.

“It is a big team but we like playing games with big crowds and we know that in this country people like football‚" he said.

"We will try to win the game so that we don’t have too many problems when we return home to Pretoria.

"We are not focusing on other stuff around them but we will use our experiences in this tournament.

“They are a very good team going forward and they have foreigners from Cameroon and Burundi.

"They are a team that looks to play football from the back but at the same time we are also good and it will be important for us not to concede and score an away goal.

"I have noticed in most Caf Champions League games‚ people like to sit back and park the bus and we just want to play the game and get a positive result.”