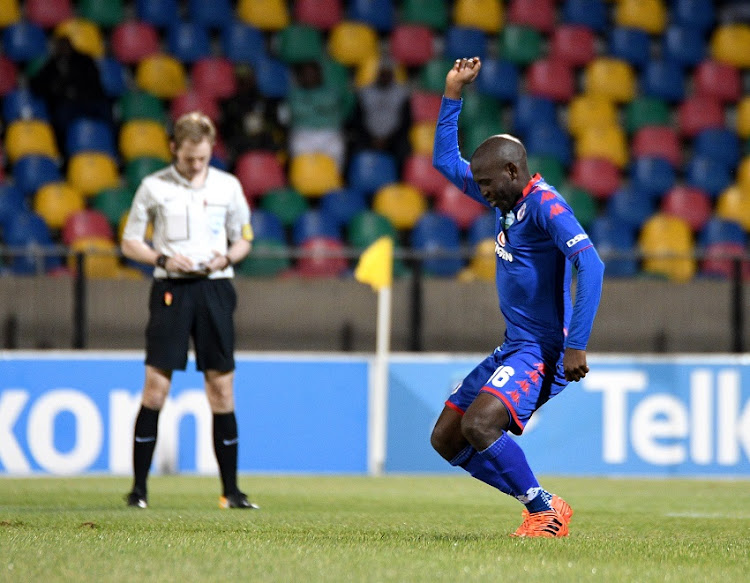 A goalless draw away in Angola on Tuesday puts SuperSport United in an advantageous position to progress in the African Confederation Cup‚ even if the relegation-threatened club might prefer not to.

Last year’s runner-up had a bye into the second round and achieved another good away result in their first leg tie.

But the club have made it clear in recent weeks that their agendas is not served by progress in the continental competition after winning just three games in 20 matches since last year’s final loss to TP Mazembe Englebert.

SuperSport took only 15 players with them to Luanda‚ leaving the likes of Clayton Daniels‚ Dean Furman‚ Reneilwe Letsholonyane‚ Thuso Phala and Thabo Mnymane behind.

Upfront they handed Darren Smith only his second start.

The humid conditions at the Estadio Novembre 11 meant a water break in the first half after Mbule came close with a free kick opportunity.

Then followed an outstanding chance for Mokoena who got onto the end of an in swinging cross from Aubrey Modiba but managed to put the opportunity wide.

But Petro had opportunities after the break‚ notably just before the hour mark when Reyaad Pieterse had to pull off a good stop.

There were not many options off the bench for Tembo‚ who took off tired striker Smith in the 63rd minute already and replaced him with experienced wingback Onismor Bhasera.

Modiba might have given SuperSport a late winner but fluffed his chance.