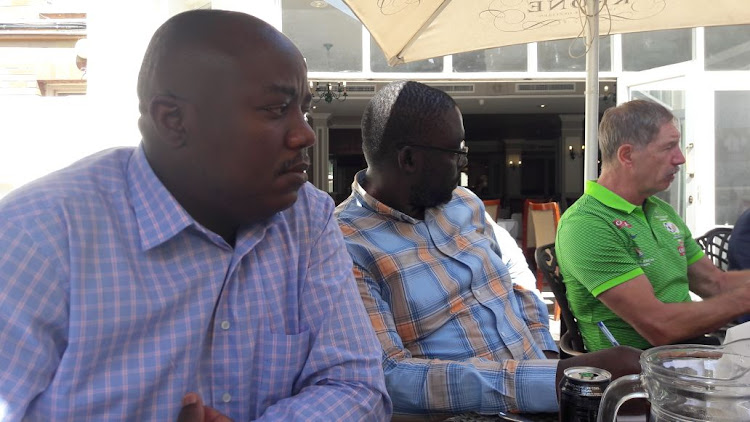 There needs to be an emphasis on youth in players selected for Bafana Bafana in 2018‚ national coach Stuart Baxter said as part of a “radical transformation” in approach he outlined is week.

Baxter said this would mean some players having to make way.

The coach said South African football cannot continue with the same approach that has not produced for more than a decade‚ including his own failure to qualify for the 2018 Russia World Cup last year.

“I just think that we’ve got to make a conscious decision to make a bit of a leap.

"And I don’t think that will be easy‚” Baxter said as he outlined his vision for Bafana in 2018.

“I think some players will need to be move to one side to give younger players a chance to gain experience.

“And I’m sure if I asked everyone around this table – you want young South Africans to have a chance in the national team. And then you say‚ well‚ ‘How are we going to do that?’

“When we play a friendly international we are so passionate about our football in this country‚ we want to win every game.

“So we play a friendly against‚ let’s say Mali. And Mali send an experimental team and we pick our absolute best team.

“Why? Because no-one accepts that we don’t win. And then we win 1-0‚ and then we’re really happy.

“But we’ve had our best team out‚ no kids have had experience – but we’re happy for that moment.

“And we go down the line another two years and our best players are racking up the caps and our young ones get a 15 minutes here and there.

“So when I say ‘radical’‚ I mean that we’ve got to think differently.”

Stuart Baxter has asked the South African Football Association (Safa) to get their “house in order”‚ saying he only found out on Tuesday morning who ...
Sport
4 years ago

He added: “When push comes to shove‚ and you’ve got to stand there and say‚ ‘The kid’s got to play’. And then you think‚ ‘Maybe not this time. Next time’.

“I’m sure coaches all over the world have been in that position.

“But I think‚ talking in terms of the bigger picture‚ that I think we’ve got to take the bull by the horns a nit‚ and say‚ ‘If he’s ready‚ he’s ready‚ and he goes in’.

Baxter said his task was not just to introduce youth‚ but do it while also qualifying for the 2019 Africa Cup of Nations.

“The other thing we’ve got to do is qualify for Afcon. So I can’t be sitting here and asking for a free pass for 12 months from you guys (the media)‚” he said.

“We have got to commit to getting our younger players gelled with the ones that we know have a longer future. The ones who have the right attitude‚ who don’t want to be partying when they come on national camp.

“People who are committed to this country‚ to the shirt‚ want to improve‚ give them the basics‚ give the kids the experience.

“We have got to go to Afcon because those young players‚ and the players who we believe in‚ need the experience of a major tournament.”

Bafana’s 2019 Afcon qualifiers resume in September against Libya at home.

SA began the qualifiers with a 2-0 away win against Nigeria in June 2017.