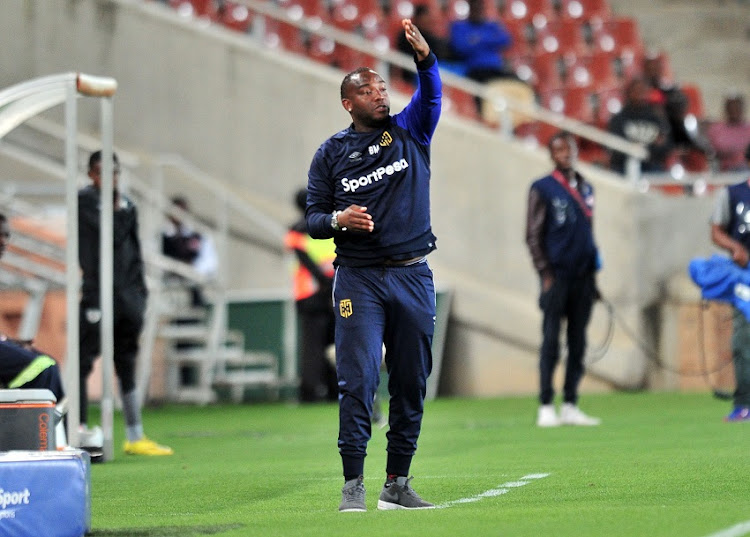 Cape Town City might be resting key players on Wednesday for their Caf Confederation Cup tie against Costa do Sol in Mozambique but absent coach Benni McCarthy has still insisted it is the competition that offers his side their best chance for silverware this year.

And‚ he said he was paying no attention to the slump that SuperSport United have suffered since they reached last year’s final.

“We are two different clubs‚” insisted the City coach‚ who is in Manchester this week to continue his Uefa Pro licence coaching certificate and has left assistant Vasili Manousakis in charge of the second round‚ first-leg tie in Maputo.

“SuperSport were expected to win but for us we have been told that if we get knocked out‚ then so be it.

“But I can’t start my coaching career with that kind of attitude.

"I can’t prioritize as to what comes first or second‚” he said in a reference to SuperSport now limiting African club competition ambitions to concentrate on their domestic league campaign.

“Maybe going all the way in the Confederation Cup is the best chance I get of winning a cup instead of the Nedbank (Cup) or the league.

“I see it as a cup for me to win‚ even if my chairman says it’s rime to bow out now. Then he must go get another coach‚” added McCarthy.

His team selection might be at odds with his sentiment but McCarthy says it is about keeping the whole squad motivated through opportunity.

“So‚ I try and be as fair as I can and give everybody a chance. For the guys who play in the Caf (competition) it’s an opportunity to showcase themselves.”

McCarthy cited the example of Bradley Ralani‚ the January signing from Sweden‚ who has now forged a regular first team place after proving his ability when City beat Young Buffaloes of Swaziland over two legs in the first round last month.

“He showed me that in those two games he wasn’t taking it for a joke and played well and I’ve kept him in the starting lineup ever since.

“If people show me the way they apply themselves and the way they approach those (African competition) games‚ that gives me a good idea of what they are made of. If you give it a good go‚ I’ll keep you in.”