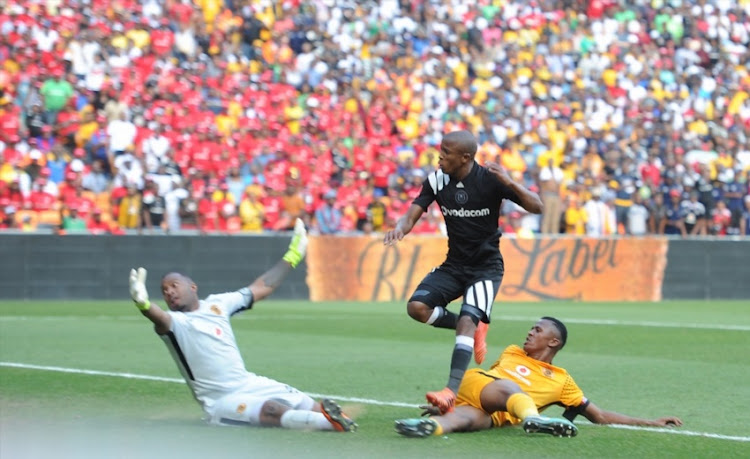 A number of costly mistakes were made by Kaizer Chiefs players in their 3-1 defeat to rivals Orlando Pirates on Saturday but coach Steve Komphela has refused to lay blame at anyone's door after AmaKhosi's biggest league defeat this season.

Ahead of the second round Soweto derby fixture‚ Komphela’s men had the best defensive record in the league after conceding only 12 goals in 22 matches.

The three goals scored by Bucs' Thembinkosi Lorch and Luvuyo Memela’s second half brace not only dented that defensive record but almost ruled Chiefs out of the Premiership race as it left them eight points behind log leaders Mamelodi Sundowns with seven matches still to play this season.

“We don’t play a blame game‚” said Komphela when it was pointed to him that it was perhaps Willard Katsande’s poor clearance that gifted Lorch with an opportunity to score Pirates' first goal.

“We own up and that is part of responsibility and leadership.

"It’s more of a collective than individuals because we need them after this match. We don’t point fingers.”

Explaining the mistakes that led to Pirates' first goal‚ Komphela said the problem didn’t start with Katsande but from the left side of their defence.

“I think in the Katsande scenario we failed to clear the ball from the left side. When it went to the right side of the box the damage had already been done there.

“It a just pity that Katsande tried to clear the ball and the mistake happened. But football is a game of mistakes. If mistakes are not committed‚ how are the goals going to be scored?”

Komphela also had kind words for his skipper goalkeeper Itumeleng Khune who let in three goals for the first time in almost two years.

He praised Khune for the two point blank saves he pulled in the second half as Pirates pilled on the pressure.

“Our team has never conceded more than two goals this season.

"I’m sure we were carrying the best defensive record even though we are not the defensive team.

“Khune doesn’t have to be hard on himself.

"We’ve seen goalkeepers conceding four or five goals. We don’t want that happening to us.

“We have to look back and check where we made mistakes so that we can rectify them.”