SuperSport advance to next round of CAF Confederation Cup 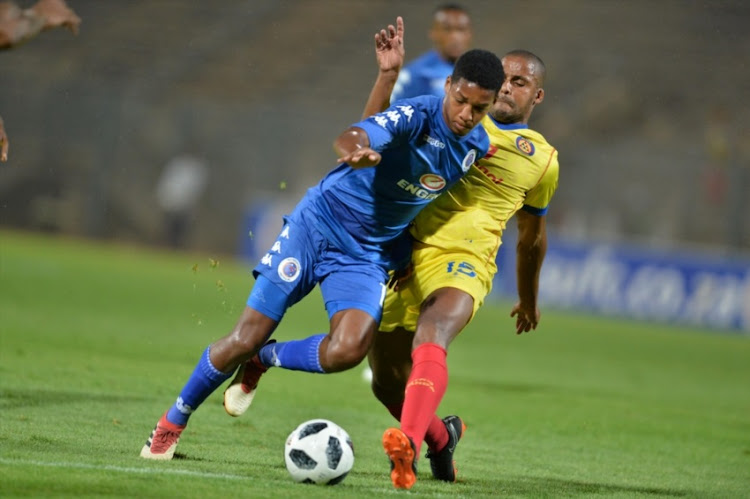 This means United will be among the teams in the draw for the second round which will include teams that have been knocked out from the first round of the Caf Champions League.

United found themselves a goal down early in the second half after they were stunned by Elio Wilson’s opener but dynamic attacking midfielder Thabo Mnyamane had other ideas as he scored two late goals to see United through.

Mnyamane’s equaliser came after 79 minutes when he was released by a defence splitting pass from Aubrey Modiba and he ensured United’s safe passage to the next round three minutes later with a powerful header from Dean Furman’s cross.

United, who are last season’s losing finalists where they were beaten by experienced TP Mazembe, have another chance to try and take one step further and become champions but their route is not going to be easy.

United caretaker coach Kaitano Tembo said during the week that this tournament is a priority for them but he face a difficult job of balancing their African assignments with the rescue act in the PSL where they have struggled this campaign.

United were the first to threaten but Mnyamane was denied by alert Pedro de Luanda goalkeeper Gerson da Costa Barros and Morgan Gould could not find the target from the resultant free kick in the opening few minutes.

Minutes later, Mnyamane was again in the thick of things as he forced a stunning diving save from Da Costa Barros when he unleashed a long range shot from outside the box after he was released by impressive youngster Jamie Webber.

For the rest of the opening half, the two teams created few notable chances and they had to settle for a draw at the break.

Atletico came back after restart more determined and Diney dos Santos was the first to threaten the home side but United goalkeeper Ronwen Williams managed to parry his effort away for safety in the 47th minute.

Atletico persistence was duly rewarded three minutes later when registered the much needed goal through Wilson who pounced from close range after Williams failed to hold to the ball with his defence caught in no man’s land.

Atlético’s away goal made the job of United to progress to the next round difficult but they managed to score the two goals they were required to progress on aggregate as the two teams played to goalless draw in the first leg.

And then it turned out to be the Mnyamane show with his two decisive goals that saw them through.