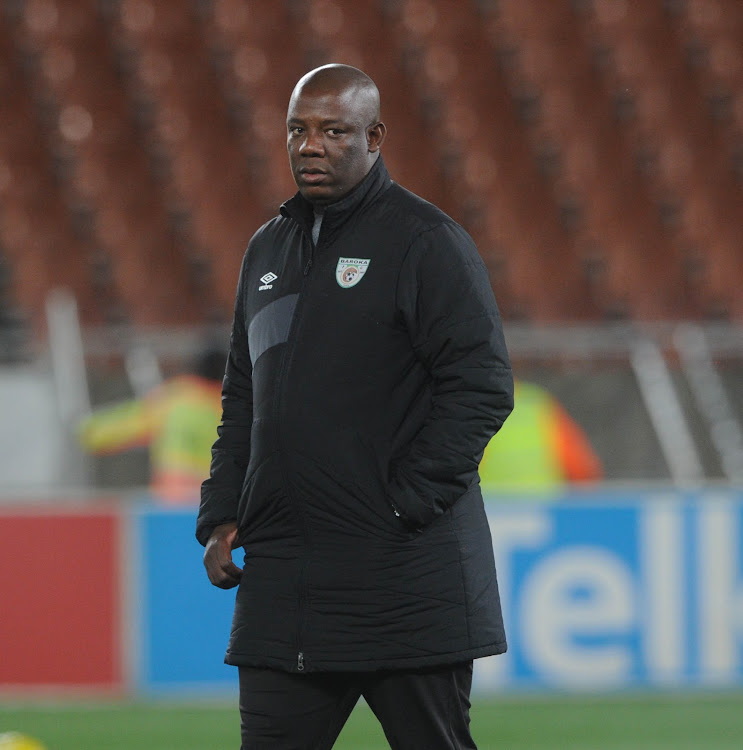 Baroka FC caretaker-coach MacDonald Makhubedu is well on his way to sealing the head coaching job if he keeps getting positive results‚ the club’s CEO‚ Morgan Mammila‚ has said.

Mammila said that all employees at Baroka have their roles to play‚ and that the formula of Doctor Khumalo as a technical director overseeing the coaches is working.

There had been reports that‚ after Kgoloko Thobejane was suspended as head coach – and later fired – on February 10‚ Khumalo had turned down an offer for the position‚ which Mammila denied.

Makhubedu has been unbeaten in six games (three wins and three draws)‚ turning around a team who had won just three times in their previous 15 matches‚ losing seven.

“MacDonald is the one who will make us search for a coach.

"If he keeps on winning there is no reason for us to search for a coach‚” Mammila said.

“Why must we go and look for a coach when we’ve got a coach who is beating the best coaches?

"He has been with the team for quite some time – he understands football.

“That’s why he managed to change the MDC (reserve) team‚ who were very poor‚ and he took over and started winning.”

“Doctor is doing his work as a technical director‚” he said.

“In Baroka we don’t swap positions like that. If I’m the CEO‚ I’m the CEO. I won’t ever be a team manager.

Explaining Khumalo’s role‚ Mammila said: “Doctor is part of the team and he helps a lot. Remember Doctor is a professional instructor.

“So you look at the team now‚ we’ve got the shape. Unlike those years that we just depended on running.

“Now we run‚ but we have got the shape too. You play six games and concede only two goals‚ and not against so-called easy teams – that tells you something.

“So we are happy with the progress of the team and we’re hoping for the best for the future.”

Ramahlwe Mphahlele has said that Bafana Bafana’s senior players need to ensure that last year’s World Cup failure is behind them as they aim to set ...
Sport
4 years ago

Lille striker Lebogang Mothiba will be one of three debutants for Bafana Bafana in their four-nations international friendly against Angola at Levy ...
Sport
4 years ago

Mamelodi Sundowns have not been given a top seeding for Wednesday’s African Champions League draw and face the possibility of being paired with ...
Sport
4 years ago