Komphela invokes karma on coaches salivating for his Chiefs job 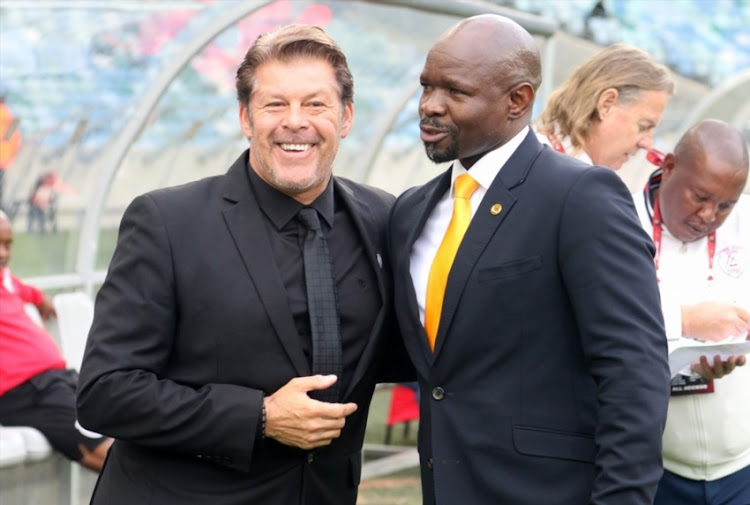 What goes around comes around. That’s exactly how Kaizer Chiefs coach Steve Komphela is choosing to respond to the suitors who are salivating about the prospect of taking over his job at Amakhosi if his three-year contract is not renewed in June.

“There’s nothing wrong with people wanting to work at Chiefs‚” said Komphela as speculation and names of coaches who are likely to succeed him at Chiefs went on the overdrive this week.

But Komphela‚ who is under pressure to keep his job at Chiefs with no major trophy under his belt‚ pleaded for respect by those already talking about his job and demise.

Luc Eymael of Free State Stars and Nikola Kavazovic of Township Rollers of Botswana are among the names being thrown around as possible replacements for Komphela.

Bafana Bafana coach Stuart Baxter’s name has also been mentioned but the 64-year-old Briton is yet to respond to the speculation about his possible return to a club he left in 2015 having won two league titles with them.

“Sometimes it just baffles you when a colleague makes declarations that are tempting to respond to‚” Komphela said.

“And again it questions your integrity and honesty as a coach and a professional that whilst holding a post (somewhere) you’re busy cutting somebody’s chair.

“And what you do to others‚ there’s a possibility it might happen to you. Do unto others as you wish they will unto you – that’s not me‚ that’s a Bible. Next they will say I’m a priest.”

Responding in the Xhosa language in some parts‚ Komphela said he was fully aware of all those talking about his job‚ but he had decided to keep quiet in response.

“I’m pleading with them to try and get out of the way. They are there and I hear them but I’m choosing to be quiet about it. You know when you are quiet‚ many things don’t happen.

“But just a warning to my colleagues: be careful what you wish for. Ambition may kill you. Leadership must be given and not be demanded.

“Power shall be given. Power must never be taken because there might be a possibility of resistance. And where there’s resistance there’s conflict.”