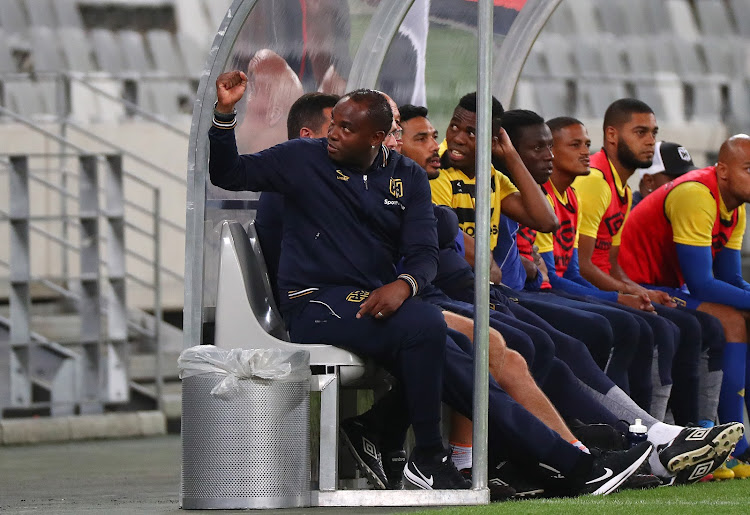 Benni McCarthy was left mystified by the performance of his Cape Town City players in the 1-0 home Absa Premiership loss to Lamontville Golden Arrows on Wednesday‚ a result that places their top-eight qualification in doubt.

McCarthy has stated before that his mandate this season is to finish in the top half‚ but they are just three points off AmaZulu in 10th‚ with other sides closing in rapidly as well.

The rookie coach felt his side were second-best to every ball at Cape Town Stadium and lacked the hunger and desire to go out and win the game.

City might take this as a warning sign for the final five matches of the league season with the team now out of the Caf Confederation Cup and Nedbank Cup‚ and in danger of just coasting for the remaining weeks of the campaign.

“What can I say – very frustrating‚ because when you have been warned about a team that is desperate for three points and is willing to die out there and you don’t want to get into a contest you are going to come second-best‚” McCarthy said.

“We wanted to play too much beautiful football and did not want to get stuck in. We thought it was going to be easy‚ but these guys are fighting for their lives and they wanted it more. They got what they deserved.

“We were second-best to everything‚ we pulled out of tackles‚ the players played with no heart. I told them it wasn’t going to be easy‚ it was not going to be like against Sundowns where they want to play football and it is all nice.

“With this lot [Golden Arrows]‚ they are going to have to get dirty. But too many players just weren’t up for the fight. That’s why we came second-best and probably deserved to lose the match.”

McCarthy questioned the motivation levels of his players and reminded them that their livelihood is made from winning games of football.

“There shouldn’t really be issues with motivation levels because this is their job. [Winning] three points should be like a [cup] final because it helps you climb up the league. This three points would have served us nicely.

“We still had everything to play for‚ but we were up against a team that was desperate‚ you could see the tackles flying in and our boys weren’t up for it‚ which is unlike us.

“We did not deal with their counterattack and we were always too slow in our transition. That is what they were playing for – they were sitting nice and tight‚ allowing us to play‚ and then when they get it [the ball]‚ they would hit us on the counter.”

Next up for City is an away match at Maritzburg United on Saturday.